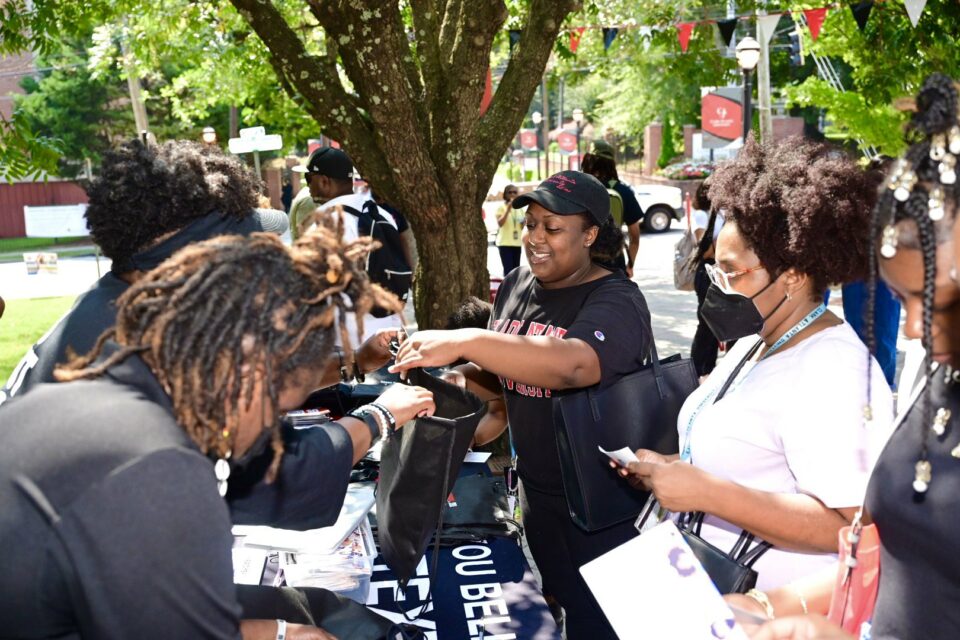 “We wanted to make sure we were in students’ faces,” Janiah Henry, a Clark Atlanta University senior and the chair of its civic engagement initiative CAU Votes, told NBC News. “We had interactive tables. We had food trucks.”

“We were educating them on the midterm elections and ensuring they were able to vote in the state of Georgia,” Henry added. “We were able to register over 500 students and got them to pledge to vote.”

The swing state of Georgia was paramount to President Joe Biden winning the 2020 presidential election. Voting rights advocate and current Democratic Georgia Gubernatorial candidate Stacey Abrams and her organization Fair Fight registered thousands of people for early and absentee voting while other nonprofits provided free food and water for those waiting in line to vote.

In 2020, young voters accounted for 20% of votes in Georgia; 90% of young Black voters supported Biden, according to an NBC News exit poll. However, shortly after the election, Gov. Brian Kemp signed a voting restrictions bill into law that limited drop boxes, absentee voting, and made it illegal to provide food and water for those waiting to vote.

That has only pushed young Black advocates and student-led groups to work harder to inform young voters on various social media sites and at HBCU events such as homecoming. Another factor motivating young Black voters is that the midterm elections include the most Black candidates for office in history.

“It’s been really amazing to see. Every generation is going to be the next set of leaders, but I think my generation brings something different,” said Henry, who added there have been challenges in registering voters because many do not know the midterms’ importance.

Young Black voters weren’t always this excited about voting. According to the Campus Vote Project, between 2012 and 2016, Black student voting dropped by more than 5.3% due to issues including inconsistent outreach from political parties, a lack of funding and administrative support, and misinformation among students.

That led nonprofits and voting advocates to reassess their plans and talk to young Black voters as well as leverage the power of social media and technology to create challenges, live streams with Black politicians, and more.

“We’ve been working to get early voting sites on campuses,” Ciarra Malone, the Georgia coordinator for the Campus Vote Project, told NBC News. “That’s super important because when you think about students, you think about their course load and work schedules, and oftentimes they’re not able to go to the precinct designated for them from 7 a.m. to 7 p.m.”