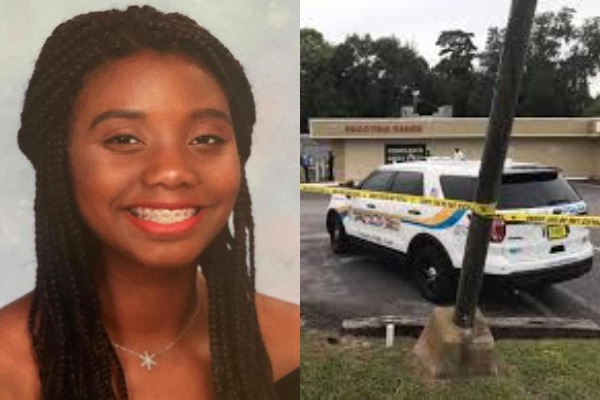 Police have identified the young man and woman involved in a deadly shooting at a gun range in Daytona Beach, Fl.

Ayadilis Chalas, 21, and 23-year-old Alec Matthew Almanzar were identified as the pair behind the “suicide pact” shooting that killed a woman and injured a man on October 7, WESH reports. The couple reportedly lived together in Ormond Beach and visited Hot Shot shooting range to perform the disturbing act.

Surveillance footage shows the duo rent a 9mm handgun. The couple can be seen kissing each other before Almanzar takes the gun and attempts to fire a shot. However, the gun didn’t initially go off. They both flinched when the gun didn’t fire, Lieutenant Christopher Yates said, as noted by the Orlando Sentinel.

After sliding the rack back once more, Almanzar fired the fatal shot hitting Chalas in the head. He then turned the gun on himself and fired.

“Chalas and Almanzar again stood face to face, gave each other a few kisses and then placed their heads next to each other,” a statement said.

“Almanzar again placed the firearm against Chalas’ left temple and fired a single round into the side of Chalas’ head. The round went through Chalas’ head and then entered into the right side of Almanzar’s head.”

Chalas was pronounced dead at the scene and Alamanzar was taken to a hospital where he has since been sedated.

“This incident appears to be a mutually agreed upon suicide pact between the two individuals,” police said, according to The Daytona Beach News-Journal.

It’s the second reported suicide-related shooting at the Holly Hill range in recent years after a man rented a gun at Hot Shot and then fatally shot himself in the head on August 8, 2019.