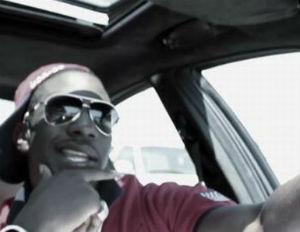 Young Dro, the rapper best known for his hit song, “Shoulder Lean,” was ordered by an Atlanta court to fork over nearly $70,000 in a case over payments for a Maserati on which he’s defaulted. But he hasn’t responded to any of the court’s orders, says TMZ.

As TMZ first reported, Dro wasÂ sued earlier this year in an Atlanta court after he defaulted on payments for his 2007 Maserati Quattroporte Sport. The leasing company behind the suit repo’d the car and claimed the rapper still owed them $61,220.37.
A default judgment was entered at the end of October in the company’s favor because Dro dropped the ball and failed to respond to the suit after he was served.

Dro, who incidentally released a single late last year called “Maserati,” is on the hook forÂ $67,613.12 in back payments and attorney fees.

Read the whole story at TMZ.