Young People in Our Cities Face Obstacles to Emotional Well-Being 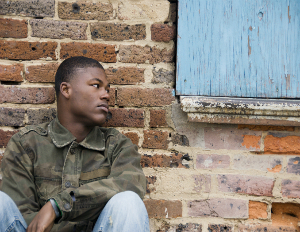 The Center for Promise recently published a report that provides insight into the emotional health of young people of color residing in five cities across the country: Boston, Philadelphia, Chicago, Denver, and St. Paul, MN. The report, Barriers to Wellness, includes research completed by the young people themselves.

According to the Center for Promise, the research arm of America’s Promise Alliance, the research was done with the express purpose of influencing program development and policy solutions.

“We talked with young people who were deeply affected by stress, though not immobilized,â€ Linda Sprague Martinez, assistant professor of social work at Boston University and the study’s lead author, told me recently. “What I found notable is that young people in five different cities were talking about the same things.â€

“What we learned is that you can internalize your environment, and think it has more to do with you than it does with social policy,â€ Sprague Martinez said.

“We don’t teach history–young people don’t know about redlining and the policies that came after that and before; why neighborhoods look the way they look today.â€

As William Faulkner wrote, “The past is never dead. It’s not even past.â€ We are living with the legacy of America’s racism, of redlining, and it’s affecting the mental health of our young people, according to this report.

Sprague Martinez told me that the relationship between young people and law enforcement emerged as a prominent theme in the research results, and that the researchers found their level of savvy and awareness to be remarkable.

“The minute your community goes from being ignored and neglected to becoming a desirable place where people want to live, you go from being ignored to being put under a microscope,â€ Sprague Martinez said, quoting the young people researchers spoke to for the study.

She said there wasn’t a lot of opportunity for them to talk about gentrification or the ways that law enforcement now interacts with them. But, it was clear that, after their community changed, police now saw them as a threat–as people the new residents needed to be protected from; as people who needed to “move along.â€

“From a public health standpoint, as we think about sugar-sweetened  beverages–which is important–we also need to think about social dynamics in communities and systems of oppression that also threaten young people’s health.â€

To learn more, go to the America’s Promise website.