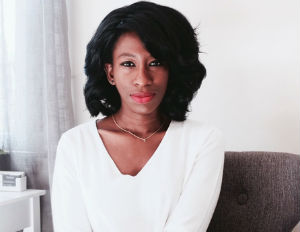 Saran Kaba Jones, 34, is a Boston-based powerhouse who decided in 2009 to build a platform of change in a country where she had roots but no longer lived. As founder and CEO of FACE Africa,Â she, along with her team of what she calls “champions,” has raised hundreds of thousands of dollars to provide clean water in rural Liberia.

This year, she ventured into focusing on a new region, Nigeria, to expand her vision even further, raising funds via an annual WASH gala that has become the top talk of diasporan professionals and influencers around the world. Boasting supporters and sponsors at companies and organizations includingÂ JP Morgan Chase, Coca-Cola, the Voss Foundation,Â and Chevron, FACE Africa has raised funds and resources to build more thanÂ 50 WASH projects. The organization was also at the forefront of Ebola response efforts, conducting social mobilization, prevention and awareness, and community engagement programs.

“When I first started FACE Africa, the idea was always to bring life-changing programs to the continentÂ as a whole,” Kaba Jones says. “Out of the nearly 700 million people globally who do not have access to clean water, nearly half of those people live in Africa.”

Below, Kaba Jones, offers insights for young professionalsÂ onÂ how she launched a platform with just a dream, no budget, and a small group of friends and supporters, and builtÂ a global initiative that has led to corporate sponsorships and a travel schedule that keeps her in the sky to the tune of 300,000 frequent flier miles.

GetÂ inspiration and perspective fromÂ your own backyard when choosing where and how to expand. “I started with Liberia because that’s my home country and that’s where I felt the need was the greatest. [When I started FACE Africa] Liberia was just emerging from a civil war that had destroyed the country’s infrastructure,” Kaba Jones says. “There was a tremendous need for basic services such as access to healthcare, education, water, and sanitation, so starting with Liberia was a natural fit. I now spend 50% of my time in Boston, 40% in Liberia and 10% on a plane.”

Also, tap into the work, heritage, and culture of your family and friends.Â “MyÂ dad is a career diplomat and has always been a public servant for the Liberian government,” she says. “Growing up, I’ve had an appreciation for public service and for giving back, and it started from when I was a young child. That, coupled with my private equity background, has definitely helped me succeed in the work I’m doing with FACE Africa.”

Tap into your current network–and their networks–for support in launching. “Surround yourself with champions. In my case, it’s my host committee members. They are of diverse backgrounds and professions, and some have been with me from the very first event we had inÂ Boston,” Kaba Jones says. “Others we’ve recruited along the way. This is a group of committed, passionate, dedicated people who believe in me and believe in the mission. TheyÂ are willing to put their neck on the line to make the gala a success and that involves reaching out to their friends and networks to gain support, get sponsors, and promote attendance at the galas.”

Think big and neverÂ underestimate the power of having a larger vision but starting small.Â FACE Africa’s annualÂ gala, the cornerstoneÂ of their fundraisingÂ efforts, started with humble beginnings. “It didn’t even start being profitable until our fifth year in,” she says. “In the beginning, we were in the red and had lots of challenges in getting sponsors and supporters, but we turned that corner because we stuck through it.”

She addsÂ that for the org’sÂ first event, she had no anchor funding or investments, and noÂ budget for marketing and event production. “I just woke up one morning and said, ‘You know what? I’m going to host a fancy, sit-down gala at the Taj.’ I had no idea how I was going toÂ do it, but I knew it was something I wanted to do and I aimed really high. Did we meet our goals that year in terms of how much we wanted to raise? No. Did everything go perfectly? Absolutely not. But we ended up hosting the gala thatÂ really launched us into a spotlight. From there we were able to build to get to where we are today.”