Youngest in Your Family? You're More Likely to Be Self-Employed, Study Finds 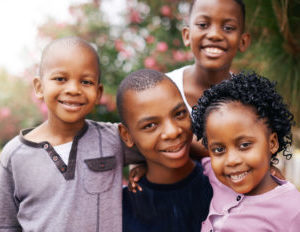 Now, you can add a couple more qualities to that list: being more entrepreneurial and with a bigger appetite for taking risks. According to a fascinating new study by Swedish and American academics and published by the National Bureau of Economic Research, children who are born later than their siblings are more likely to be self-employed. The study used representative population data from Sweden to study how men’s birth order affected their occupations later in life. Data about personality traits was obtained from psychological assessments taken when the men enlisted in the Swedish military.

These findings align nicely with a previous study by the University of Birmingham that was released in 2016. Researchers for that study found that youngest children are 50% more likely to go into business than their older siblings if their parents were not already entrepreneurs. What’s more, the figure rises to 65% for those youngest children of entrepreneurial parents. The Birmingham and Sweden studies are both evidence in support of psychologist Frank J. Sulloway’s “born to rebel” thesis, arguing that younger children are more likely to push against the family status quo.

The Good News for Older Siblings

However, the news isn’t all bad for the older children of the litter. The study also found that oldest children are more likely to be emotionally stable, persistent and capable of taking responsibility and initiative. This might explain why earlier-born children were more likely to be managers and to have other occupations that require leadership abilities.

Interestingly, the effects of birth order seem to be related to the gender of the earlier children as well. With more brothers in the mix, these stereotypical personality traits show up more frequently and strongly as compared to having more sisters.

Of course, the findings of the study need to be presented with a few caveats. For one, the authors correctly note that they are unable to tell whether youngest children are more likely to be self-employed because of their personal preferences, or simply due to greater difficulties in obtaining a salaried position due to different economic circumstances. In addition, the causes of these apparent differences still need further investigation.

The authors of the study propose both biological and environmental reasons for why these qualities are present. For example, previous studies have revealed that a mother’s womb becomes more effective at developing and nurturing the fetus as she has more children.

However, the potential environmental influence of parents, siblings and other family members is also a plausible explanation. After all, first-born children tend to get more attention and resources from their parents, who may also initially use stricter parenting practices that are relaxed as they raise additional children. In the midst of these sibling rivalries and conflicts, the authors suggest, later-born children may need to be more sociable and unconventional in order to obtain the parental resources that they desire.

And although the youngest-born children may be less risk-averse than their siblings, that doesn’t mean that the lenders they work with to start their small businesses will be too. They want a positive payment history and other signs you’re likely to repay before they’ll approve you for financing. You can check your personal and business credit scores for free on Nav to see how lenders will view your business.

This article originally appeared on Nav.com.