Introducing the Kid Who Attended Oxford University at 6-Years-Old 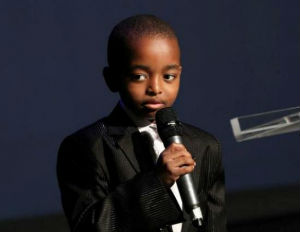 At 6-years-old, most kids are in the first grade and the thought of anything beyond elementary school is much of a blur. But for Joshua Beckford, life as a kid is just the opposite.

At 6, Beckford was the youngest person to ever attend Oxford University and as if that wasn’t enough, the now 8-year-old has already mapped out his future and plans to be a neurosurgeon as well as an astronaut at some point in his life. Beckford, who was too advanced for a standard curriculum and forced to be home-schooled, has also taken an interest in Egypt and is working on a children’s book about the historic nation.

In addition to all of his academic success, the young scholar is the face of the National Autistic Society’s Black and Minority campaign, which works to highlight the obstacles minorities face when trying to obtain access to the support and services they need.

With college studies under his belt, a clear idea of his career goals and the evident drive to keep striving for greatness, it’s no question that little Beckford has a bright future ahead of him.