Your Next Smartphone Could Have a Kill Switch 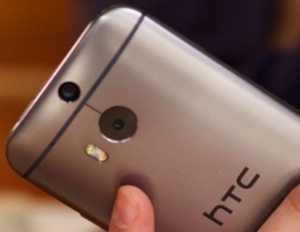 Manufacturers like HTC, Apple, and Samsung have agreed to voluntarily implement the anti-theft technology.

Thanks to government threats to impose mandatory federal laws concerning cellphone security, smartphone makers and carriers have decided to create some rules of their own.

Companies like Apple, Samsung, HTC, and Nokia, and carriers like AT&T and T-Mobile, have agreed to implement a kill switch system to deter smartphone thefts.

The kill switch would allow cell phone carriers or smartphone companies to remotely disable service to a smartphone when certain conditions have been met; for example, when your phone is reported as stolen.

The plan will go into effect for new smartphones made after July 2015.

Here’s a list of the anti-theft measures outlined by CTIA:

– Remote wipe the authorized user’s data (i.e., erase personal info that is added after purchase such as contacts, photos, emails, etc.) that is on the smartphone in the event it is lost or stolen.

– Prevent reactivation without authorized user’s permission (including unauthorized factory reset attempts) to the extent technologically feasible (e.g., locking the smartphone as in 2 above).

– Reverse the inoperability if the smartphone is recovered by the authorized user and restore user data on the smartphone to the extent feasible (e.g., restored from the cloud).

While the move is a definite step in the right direction in terms of smartphone security and consumer safety, many think the CTIA as well as manufacturers and carriers can do better.

“We strongly urge CTIA and its members to make their anti-theft features enabled by default on all devices, rather than relying on consumers to opt-in,” the joint statement read. “The industry also has a responsibility to protect its consumers now and not wait until next year. Every week that passes means more people are victimized in street crimes that often turn violent, and more families will have to endure the needless loss of a loved one.”