You're Not Ready for College Without Social and Emotional Skills 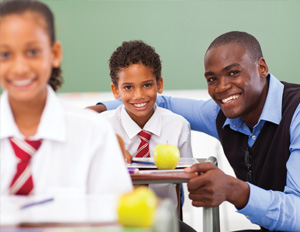 For Kimberly Wilborn, a lesson about Nelson Mandela made it all click.

“Ms. Plante was talking about Nelson Mandela and how he forgave his jailers,â€ remembers the eighth grader, who is being raised by her aunt on Chicago’s South Side. “And I thought if he can forgive them, I can forgive my birth mom and my dad for not being there for me. I actually cried. It felt like a weight was lifted off my shoulders.â€

A Disciplined Life isn’t an elective; it’s the reason Perspectives Charter was founded in the first place. Every student is required to take the class daily. In 1993, Diana Shulla-Cose and Kim Day, two Chicago Public School teachers, came up with the list of principles and started a “school within a schoolâ€ at Dyett Middle School in Washington Park. Four years later they opened Perspectives, which now consists of five schools serving grades six through 12. The pair was convinced–years before buzzwords like ‘grit’ and ‘growth mindset’ became the rage in education reform circles–that instilling a set of social and emotional skills and attitudes in their students would be the key to getting them to and through college.

For years, scores on standardized math and reading tests have dominated how schools and states measure student success. But Perspectives Charter has largely ignored test prep – and it shows. OnlyÂ 8% of Perspectives’Â students passed last year’s multi-state Partnership for Assessment of Readiness for College and Careers or PARCC, tests, which were designed to test the new, tougher Common Core standards.