YouTuber JiDion Removed From U.S. Open After Getting Haircut From Barber in the Stands 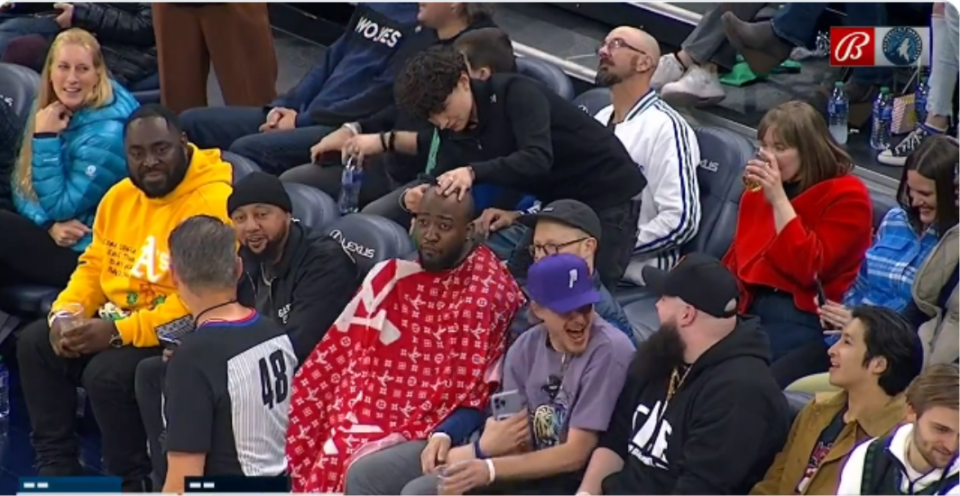 The U.S. Open is now closed for two people who performed a stunt in the stands at the tennis tournament in Queens, NY.

According to The NY Post, earlier this week, during a tennis match at the Arthur Ashe Stadium in New York City, a man was seen cutting another man’s hair while they were in the stands. The man receiving the grooming was identified as YouTube star JiDion YouTuber. This happened during a quarterfinal game between Nick Kyrgios and Karen Khachanov.

As fans witnessed this bizarre display of hair cutting, they looked on in bewilderment and confusion as JiDion sat patiently while watching the tennis match.

JIDION GETTING A HAIRCUT AT THE US OPEN 🤣 @Jidion6 pic.twitter.com/wNbTMyIFsF

Amazingly, the barber and JiDion had some great seats in the second row, close to the tennis court. After catching wind of the unusual action being performed at Arthur Ashe Stadium, security was notified and the pair were ejected from the arena.

A spokesperson from the United States Tennis Association (USTA) made a statement about the rare occurrence that took place on Tuesday, September 7.

“When someone saw it, security went to the two individuals. They were escorted out of their seats and then off the grounds for disruption of play. There’s a first time for anything,”  USTA’s Brendan McIntyre said in a written statement.

Either JiDion is a big tennis fan or he knows how to be a big disruptor. Essentially Sports reported that in July, during a Wimbledon Championships match, which, coincidentally was also a quarterfinal match, the prankster was banned from ever appearing there after pulling off another prank. In a match that pitted Jannik Sinner against Novak Djokovic, as he rooted for Sinner, whenever he scored a point, JiDion utilized an air horn to show his enthusiasm for the player. He would also pound his chest drawing more attention to himself. With security watching and then discussing his antics with him, he was asked to leave the court and took with him a ban from the tournament.