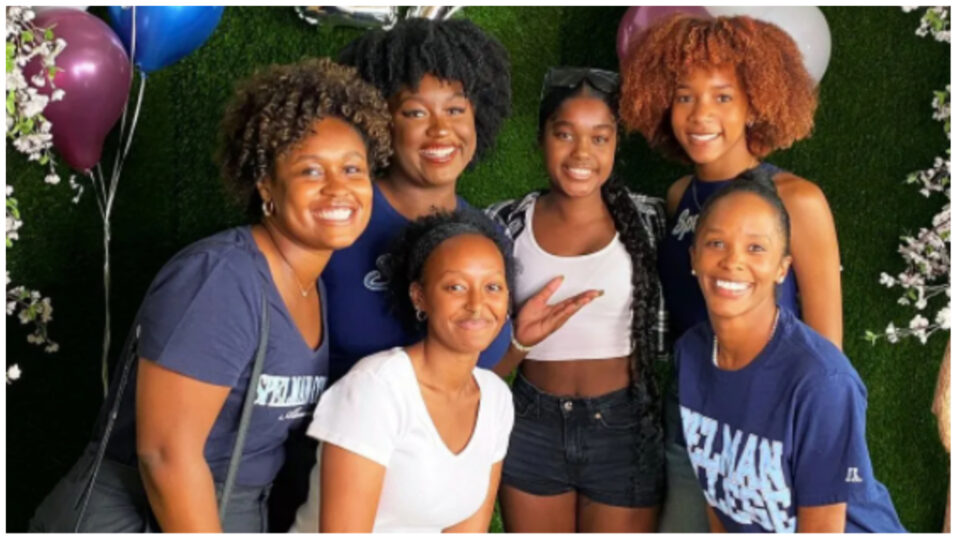 Zahara Jolie-Pitt will be attending Spelman College this fall, according to her mom, Angelina Jolie. Jolie made the announcement on Instagram on July 31.

Jolie wrote that she was proud to have her daughter attend the HBCU.

“Zahara with her Spelman sisters! Congratulations to all new students starting this year. A very special place and an honor to have a family member as a new Spelman girl.#spelman #spelmancollege #spelmansisters #HBCU.”

Jolie also shared a picture with the post of Jolie-Pitt and several of her fellow Spelman sisters wearing Spelman t-shirts while posting for the camera. Jolie-Pitt is seen wearing a white t-shirt and jeans in the photo.

The two reportedly attended the ‘Spelhouse’ Back to School Send Off in North Hollywood, which is a fundraiser hosted by Spelman and Morehouse alumni associations.

In a video shared by TheYBF Daily, the superstar actress even cut a rug at the event and possibly earned an invite to the cookout.

“OK Angelina! #AngelinaJolie danced it up with the ladies and men of #Spelman and #Morehouse at their college send-off in LA yesterday. Her daughter #Zahara was in the mix too. Fun times.”

The 17-year-old was also seen with her mother visiting the Vatican in Rome, Italy recently. Jolie and Pitt adopted Jolie-Pitt in 2005 from Ethiopia before her first birthday, according to Today. The former couple also shares 14-year-old twins Vivienne and Knox, Shiloh, who is 16, Pax, 18, and 20–year-old Maddox.

Jolie told Essence in 2021 that she tried hard to understand the cultures of her adopted children.

“There’s been so much to learn, so much to absorb. I’m trying to listen,” she said. “I’m raising children of different races and I feel ever since they were little there’s been so much I have to learn from them about their cultures and their races. The idea that someone would think that someone is not equal or less than or in any way deserves to be treated with the kind of cruelty that we’ve seen is so ignorant and so horrid. It’s so beyond understanding.”