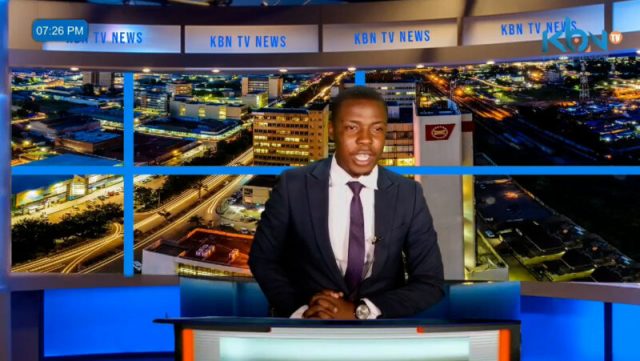 One news anchor in Zambia has gone viral after confronting his network on live television about not being paid.

Kalimina Kabinda interrupted his live news broadcast on Zambia’s KBN TV on June 19 to claim that he and his colleagues haven’t been paid their wages by the news station, The Independent reported. Kabinda had started the news roundup as he normally would before transitioning into an unexpected plea for employee wages.

The news station blasted Kabinda’s on-air appeal as a “one-night stunt of fame.” But, Kabinda reposted the clip to his Facebook page saying he only did what many journalists are too afraid to do.

“Yes I did that on live TV, just because most journalists are scared to speak out doesn’t mean journalists shouldn’t speak out,” Kabinda said.

The network’s CEO, Kennedy Mambwe, blasted Kabinda’s claims in a Facebook statement and accused the news anchor of being drunk during the broadcast.

“As KBN TV, we are appalled with the drunken behaviour exhibited through a video clip that had gone viral on social media and staged by one of our part-time presenters during what should have been the main news bulletin last night,” Mambwe said, the new york Daily News reported.

“Members of the public may wish to know that KBN TV like any other institution, has very well established grievance procedures for all members of staff through which they can channel their complaints,” Mambwe continued. “Therefore, last night’s behaviour by Kabinda Kalimina is out of character and does not represent who we are as a station.”

He called out Kabinda’s “despicable behaviour” and encouraged viewers “to treat that ‘One-Night stunt of Fame’ with the contempt it deserves.” Mambwe said disciplinary action would be taken against Kabinda and said the network was launching an investigation into “how a drunken part-time presenter found himself on air unabated.”