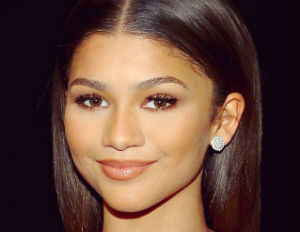 At the 2015 Oscars on Feb. 22, 18-year-old singer and Disney star Zendaya opted to wear dreadlocks to the ceremony. In light of the Oscars, during Monday’s Fashion Police, host Giuliana Rancic went through the most popular looks, and then proceeded to comment on Zendaya’s hair, saying that the actress must have smelled of “weedâ€ and “patchouli.â€

Viewers did not take this statement lightly, and neither did Zendaya, who posted an Instagram addressing the unkind comments. “To say that an 18-year-old young woman with locs must smell of patchouli oil or ‘weed’ is not only a large stereotype but outrageously offensive. I don’t usually feel the need to respond to negative things but certain remarks cannot go unchecked.” She even named successful black women including Ava DuVernay and Terry McMillan that have locs that don’t smell like marijuana.

At the bottom of the post, the singer concluded, “I suggest some people should listen to India Arie’s ‘I Am Not My Hair’ and contemplate a little before opening your mouth so quickly to judge.” Rancic took to Twitter to apologize, claiming that she didn’t mean the comments to be racist; instead she said she was “referring to a bohemian, chic look. Had NOTHING to do with race and NEVER would!!!”

Locs are not new to controversy, as in the past they have been a lightning rod not only in Hollywood but in the workplace. In fact, last year a Louisiana school banned a Rastafarian teen for refusing to cut his dreadlocks. He was sent home for violating school policies, since his hair extended past the collar of his shirt.

‘My hair doesn’t smell like weed.’ @Zendaya responds to racist comments about her hair. http://t.co/USaeFCyQOn pic.twitter.com/IXlJ8oxR6i

What are your thoughts on locs? Share your comments below.