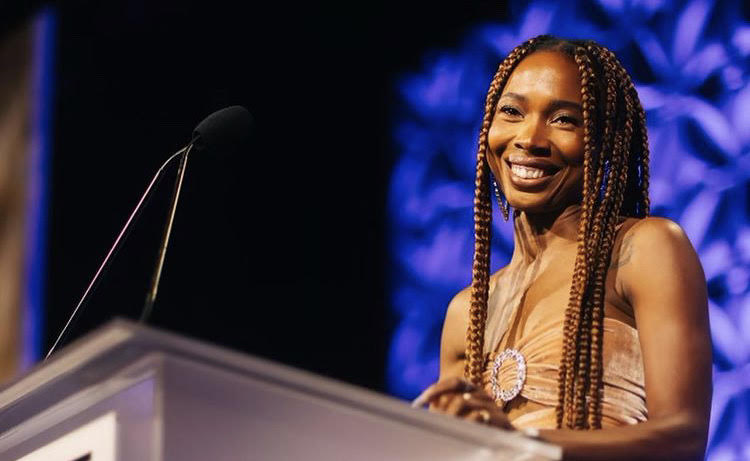 On Wednesday, the stylist behind Beyoncé’s Black Is King visual album won an Emmy Award for costume design.

Zerina Akers, creator of the online platform and marketplace Black Owned Everything, earned a 2021 Emmy for Outstanding Costumes for a Variety, Nonfiction or Reality Program. Beyoncé’s longtime tailor, Timothy White, also earned an Emmy for his work on the 2020 Disney+ musical film, according to The Hollywood Reporter.

In addition to over 60 outfits worn by Beyoncé in Black Is King, Akers, White, and the rest of the styling team dressed the film’s star-studded cast. The stars included Jay-Z, the Carter children, Tina Knowles-Lawson, Kelly Rowland, Naomi Campbell, Donald Glover, Lupita Nyong’o, and several others, including dozens of dancers and extras.

Following the film’s release last year, Akers told The Hollywood Reporter she costumed a cast of 70 for the “Mood 4 Eva” segment alone.

“I wanted to take these stereotypes that are often portrayed with Black people, whether it be of African descent or in the diaspora, of how we represent luxury and how we project luxury and opulence,” she told The Hollywood Reporter about her inspiration behind the costumes. “They maybe call people ignorant for wanting to wear a gold chain or wanting to kind of overdo it. Wealth looks very different in Black and white, and it really ties back to the decadence in many African cultures.”

Akers said dressing stars like Naomi Campbell was “a dream.” She said was proud to style Lupita Nyong’o, who was filmed separately in New York.

“To work with such an actress was a little bit intimidating, I must say. She’s a very strong woman,” she said about Nyong’o. “Her presence is monumental. She’s very confident and sure of herself. I was proud to be able to find things that she liked that contributed and tied everything together. My favorite on her was that rosette Rodarte when she’s in the mirror. It’s just really beautiful with white on white rosettes.”

Akers is the second Black woman to win this award in Emmy history. She follows Dana Campbell’s 2006 win for Dancing With the Stars. The stylist acknowledged her win in a captioned photo on Instagram where she wrote: “Emmy Award Winning Hoodrat. 🤘🏾😜 🏆 Existing beyond my wildest dreams.”