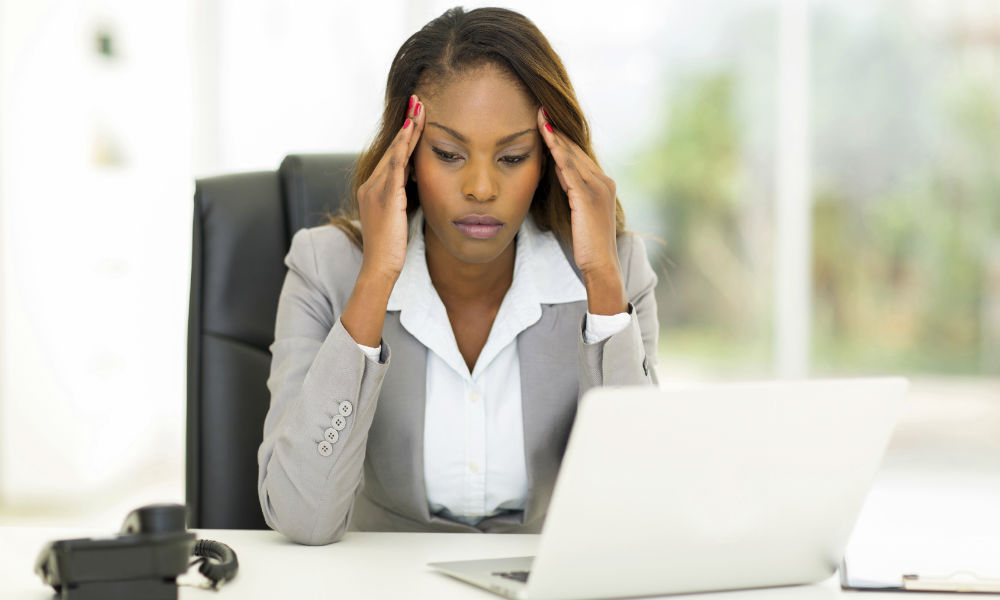 There are many perks of being the head honcho, but the toll of pursuing success in entrepreneurship can also be enormous if you don’t protect your biggest asset: your well-being. Below are 10 common health issues entrepreneurs face:

1. Depression: In a recent landmark study by Dr. Michael Freeman, a clinical professor at UCSF and entrepreneur, 49% of the more than 240 entrepreneurs surveyed reported having a mental-health condition, with depression as the No. 1 reported condition among them.

2. Anxiety: Dr. Freeman’s study also indicated that 27% of entrepreneurs surveyed indicated issues with anxiety. That’s more than the whole U.S. population, (at a rate of 18.1%.)

3. Addiction: Recent research has found that habitual entrepreneurs display symptoms of behavioral addiction similar to other traditional behavioral addictions, such as gambling or internet usage. Symptoms can include obsessive thoughts and sometimes there are negative emotional outcomes such as guilt, high levels of strain, and abuse of foods, alcohol or even drugs.

4. Hypertension/Heart Disease: It’s no secret that being responsible for the financial prosperity of others as well as the overall success of a business can be quite stressful. High stress has been shown to temporarily heighten blood pressure and can trigger habits such as unhealthy eating which can lead to heart disease.

5. Lack of Health Insurance: A recent Gallup-Healthways analysis conducted for The New York Times found entrepreneurs are less likely to have health insurance, with solopreneurs in particular often have to choose between covering everyday necessities vs. paying high monthly insurance premiums.

6. Joint and Circulation Challenges: Entrepreneurs have been found to work 63% longer than the average worker, and many spend a lot of that time at a desk, behind a computer or on their smartphones: a welcome environment for circulation and joint challenges.

7. Sleeping Disorders: With a large percentage of founders working at least 52 hours per week (with some even working a whopping 70 hours), there’s not much time left for sleep. Experts recommend 6 to 8 hours of sleep a day, but entrepreneurs working long hours are getting more like 4 to 6 hours. Also issues like insomnia and jet lag are common with busy CEOs.

8. Vision-Related Problems: The average adult spends 11 hours per day on gadgets, and entrepreneurs are more than attached to their smartphones, laptops and computers. And there actually is a such thing as computer vision syndrome, also referred to as digital eye strain.

9. Migraines: Of course, being an entrepreneur doesn’t directly cause migraines, however, many of the triggers for them have been found to be a weekly norm for ambitious startup stars.

10. Sexual Health: Stress, anxiety and depression have all been linked to issues such as erectile dysfunction and hormone suppression in women. They can also have an opposite effect, leading to unsafe sexual behavior which can lead to risk for STDs.