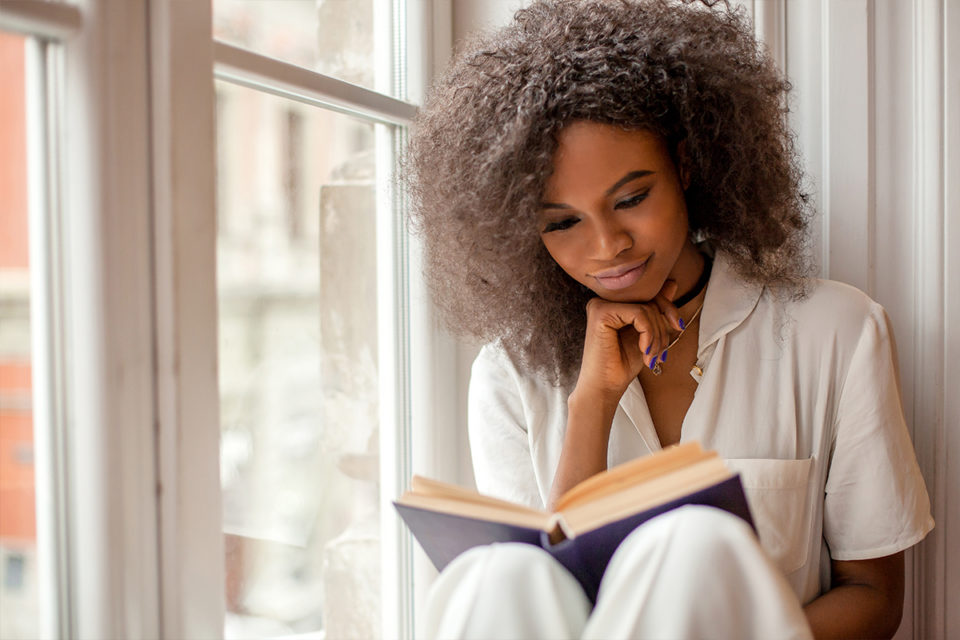 While these truths are sad and daunting, more and more people overcome these staggering obstacles every day — and they’re writing books. To help guide your business ambitions, or simply pick the mind of a successful business writer of color, check out these insightful and well-reviewed reads available at Barnes & Noble.

We Should All Be Millionaires: A Woman’s Guide to Earning More, Building Wealth, and Gaining Economic Power is as comprehensive and enlightening as it sounds. Written by Rachel Rodgers — a Black mother of four, attorney, business owner, and self-made millionaire — it’s filled with practical steps that can guide you to become a millionaire in just three years.

Taking into consideration scary facts such as only 10% of the world’s millionaires being women, We Should All Be Millionaires breaks down how a lot of common financial advice is patriarchal BS. It also talks about aiming high, the history of women and people of color being shut out of wealthy systems, and how to begin making better financial decisions.

Nobody knows how to climb the corporate ladder against all odds better than the first Black female CEO of a Fortune 500 company, and that’s Ursula Burns. Reflecting on a highly successful career at Xerox, Burns examines how greed threatens democracy, and how she conquered unthinkable obstacles to become an expert on American business and corporate golf.

Described as a smart and no-nonsense book, this memoir-cultural critique chronicles how she followed the encouragement of her poor, single Panamanian mother to approach life without fear. She also talks about how she took advantage of social programs created by the civil rights and women’s movements to pursue her education and subsequent career.

A hip-hop star brings the power of his internationally recognized voice to a thoughtful, and insightful book — The Perfect Day to Boss Up: A Hustler’s Guide To Building Your Empire. For the first time, Rick Ross is sharing his secrets to success and using his own story as a guide and inspiration for readers.

This beloved book features a series of empowering “Boss Commandments,” which Ross and his co-writer Neil Martinez-Belkin lay out throughout the book. Each commandment is aimed to help readers improve in life, excel in business, and achieve even the most odds-defying dreams.

Tabitha Brown is one of the most uplifting personalities in health, wellness, and cooking today. The social media star has blown up with her delicious vegan home cooking, compassion, and undeniable wisdom that she’s shared time and time again. This is her life-changing book — Feeding the Soul (Because It’s My Business): Finding Our Way to Joy, Love, and Freedom — on creating a life that’s rooted in nonjudgemental kindness and love.

The personal stories, inspirational quotes, self-improvement tips, and occasional vegan recipes can go a long way to help fuel the soul and bodies of aspiring business owners. A philosophical delight, Feeding the Soul is as inspiring as it gets.

Nipsey Hussle was an activist, entrepreneur, and rap artist who was murdered in 2019, and this is his biography. “The Marathon” was a mixtape and a clothing store, and a way of life for the wildly influential man. A community-driven mind, Hussle’s advanced views on how to overcome systemic obstacles are masterfully captured in this book.

Quincy Jones called this book by Rob Kenner a “beautiful tribute to a legendary artist.” While Kenner penned the book, the writer of color being celebrated and recommended here is Nipsey Hussle. His outreach programs and entrepreneurial spirit is useful for any aspiring business person.

A successful business person is a well-fed business person, at least they should be. If you’re not eating well and living a quality life, then what’s all the hustle for anyway? Rodney Scott’s World of BBQ: Every Day Is a Good Day: A Cookbook helps readers keep their meals delicious and smoky.

The first cookbook by a Black pitmaster, James Beard Award-winning chef Rodney Scott shares his life story, family traditions, and impeccable BBQ recipes in this delightful read. Like many of these books, it paints a roadmap of Black success in an American field that’s infamously and overwhelmingly white, and it does so with undeniable flavor.

You can gain a lot of business insight and wisdom from Powershift: Transform Any Situation, Close Any Deal, and Achieve any Outcome (Signed Book), by Daymond John and Daniel Paisner. John is the bestselling author and star of ABC’s Shark Tank.

In this book, John and Paisner paint a picture of what they call, “The three prongs of influence: reputation, negotiation, and relationships.” From there, they break down how to make an impression, make the deal, and make a relationship last. All key tenets of a successful sales relationship.

There is no person who is more of an authority on what qualifies as a meaningful read than the author of this book. Oprah Winfrey, in addition to being the most recognizable and successful television host in American history, is also the leader and namesake of a book club that makes and breaks bestselling literature.

Considering Oprah’s massive success, any reader aspiring to do any type of business would likely benefit from her book The Path Made Clear: Discovering Your Life’s Direction and Purpose. In this book, Oprah will help you figure out what your purpose is, who you are meant to be, and how to begin honoring that today.

An instant New York Times #1 Bestseller, this is the unfiltered story of a global icon, award-winning singer, songwriter, producer, actress, mother, daughter, sister, storyteller, and artist. Carey wrote that it took her whole life to build up the courage to write her story, and now millions are benefitting from its power.

Looking at the ups, downs, triumphs, and traumas that took place throughout the magnificent vocalist’s rise to fame — The Meaning serves as an uplifting and moving tale that’s also a thoroughly entertaining read.

When you think of a mogul or an icon, few people fit the mold — Jay-Z is undeniably one of them. Empire State of Mind: How Jay-Z Went From Street Corner to Corner Office is another book that celebrates a Black writer whose words and ideas took him to unimaginable heights.

It’s a comprehensive and detailed chronicle of Jay-Z’s rise from the Brooklyn projects, to a one-man conglomerate that dominates not only music, but fashion, tech, streaming, and more. Barnes & Noble writes, “For every hustler, mogul, and businessperson who seeks to build something spectacular, this book is the blueprint.”

Interested in these titles? You can check out all 10 of these reads from writers of color at Barnes & Noble.