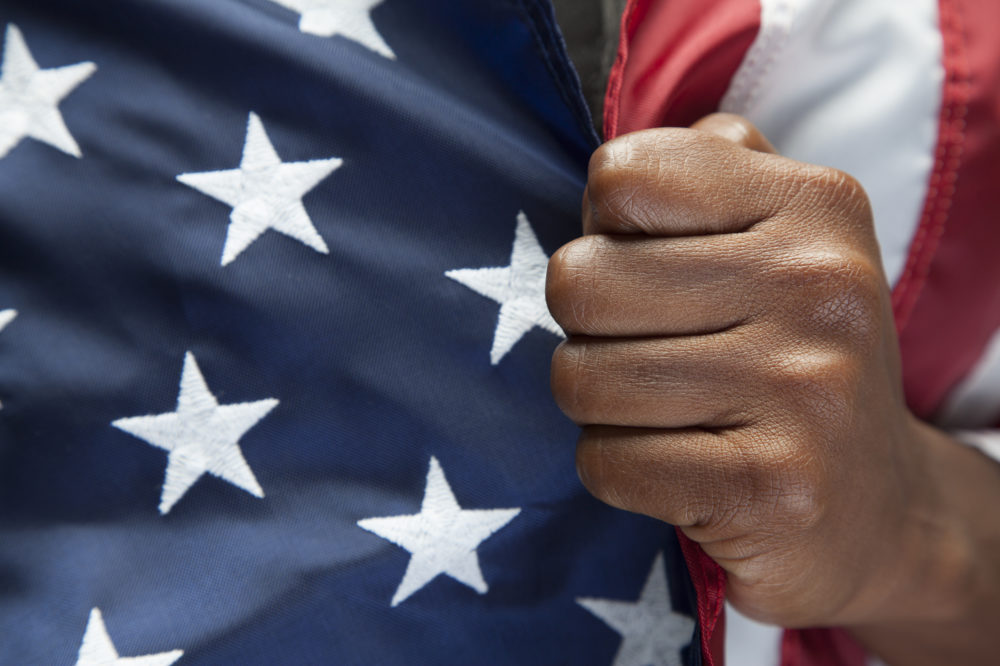 President Barack Obama addressed the nation Aug. 18 about events that transpired in the U.S. and abroad, and Twitter has already begun to respond to the “Post-Racial President.”

“I stand here today grateful for the diversity of my heritage, aware that my parents’ dreams live on in my two precious daughters,” Obama, then an Illinois state senator, said in his keynote address at the 2004 Democratic National Convention. “I stand here knowing that my story is part of the larger American story, that I owe a debt to all of those who came before me and that in no other country on Earth is my story even possible.”

Fast forward 10 years, and Ferguson, Missouri, has become the eye of the discrimination storm that Obama must confront. The circumstances are extremely sketchy as an unarmed black teenager, Michael Brown, 18, was shot and killed by the local police. Until a court case begins for the police officer, Darren Wilson, who pulled the trigger, it will be a continuous storyline on the national scene.

Witnesses are yet again reminded that race relations in America are not in the rear view, as Obama’s two terms as president might have many to believe. As the events in Ferguson continue to escalate, social media timelines all across the country from Instagram to Vine, Twitter, and Facebook have been relaying all the mayhem.

With the Michael Brown story continuing to receive its fair share of attention; and President Obama not saying if he’ll visit Ferguson – Twitter comes to terms with the realization that post-racial America is flawed in its logic. Through the hashtag #PostRacialAmerica, the Twitterverse shared its own real thoughts about the theoretical environment in which we live. 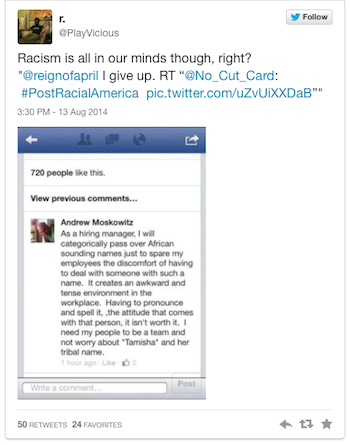 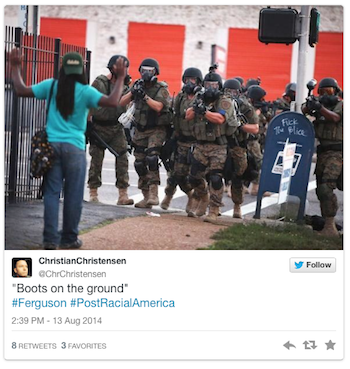 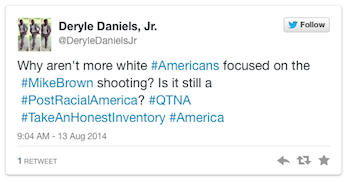 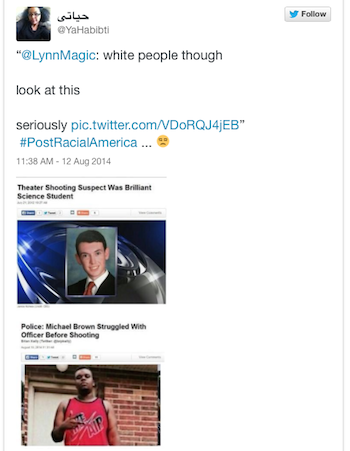 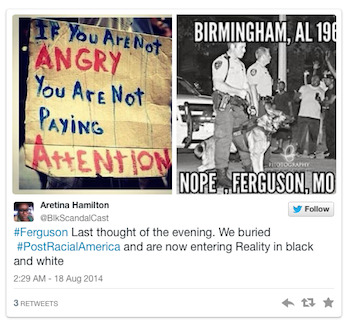 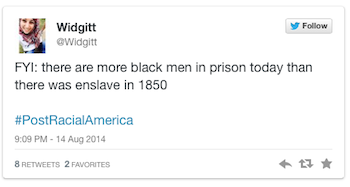 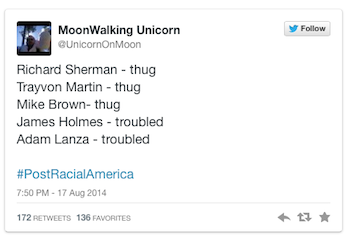