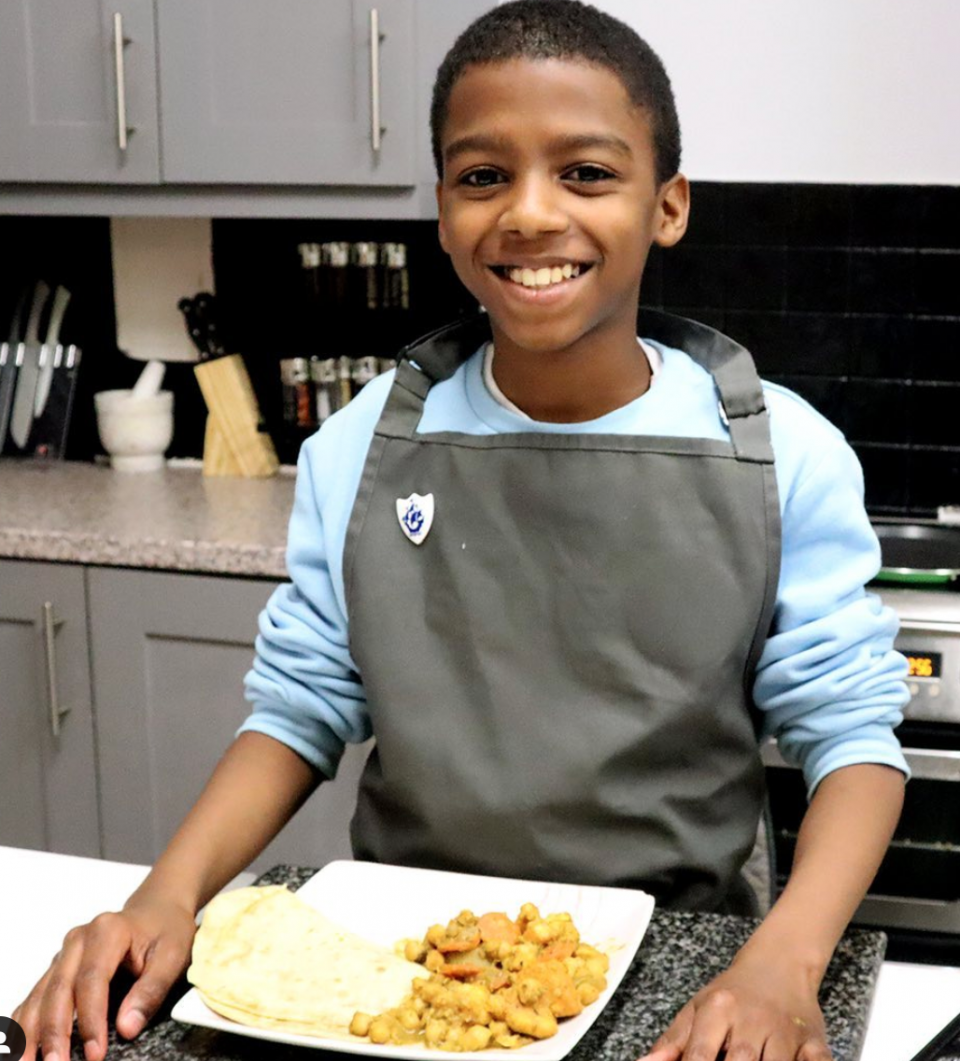 Vegan food has become tremendously popular across the United States with sales continuing to surge in the market. The new culinary food trend is also influencing the next generation of young chefs looking to make a name for themselves in the industry like Omari McQueen, a 12-year-old chef who will publish his first cookbook early next year.

McQueen started his cooking journey at the age of 8 when he created a vegan brand named Dipalicious and a YouTube food channel after becoming vegan one year prior. Through his video channel, McQueen would show viewers how to make vegan pizza using his own dipping sauce from his brand. According to Shoppe Black, he hosted a pop-up eatery last year in Croydon, United Kingdom, serving a variety of Caribbean inspired vegan dishes.

His book, Omari McQueen’s Best Bites Cookbook, is set to release in January 2021 and will include 30 plant-based recipes by the ambitious chef who wants to inspire others to go vegan.

“I don’t want animals to die or be eaten so I teach people my age to be vegan,” said McQueen to Shoppe Black. “Mummy and daddy, you’re the best a boy like me could have. Thank you to my siblings and family for being you—perfect 100 percent.”

The cookbook will be released through Scholastic UK. “His passion for food and cooking is irresistible,” Scholastic UK Publishing Manager Leah James said to Shoppe Black. “Children everywhere have been busy learning to cook during lockdown; we can’t wait for Omari to share his recipes, tips, and enthusiasm with a generation of children and their families. Omari is leading a new generation of ethical minded foodies into a more sustainable future.”

I am so excited to announce that my first published book will be out in January 🤪🤪🤪 I would like to thank everyone for all your love, support & encouragement I would also like to say thank you to the one and only @oscarjansonsmith 👊🏾 you have had my back for years, you believed in me from the beginning and @krugercowne @scholastic_uk for giving me a chance to share my passion to the world 💚 The cupcakes did it for me😉🤫 Mummy & Daddy your the best a boy like me could have 💚💚 Thank you to my siblings and family for being you perfect 💯 #veganlife #vegancooking #veganrecipes #veganfood #author #veganchef #kidpreneur #grateful #motivation #inspiration