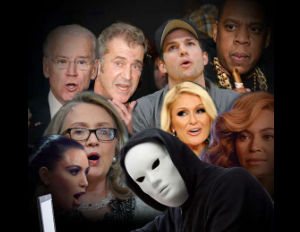 As of 5:28pm PST yesterday (March 11), a combination of 13 political leaders, music entertainers, businessman and socialites had their finances hacked, with the information posted for all to see.

The LAPD and FBI have already begun an investigation.