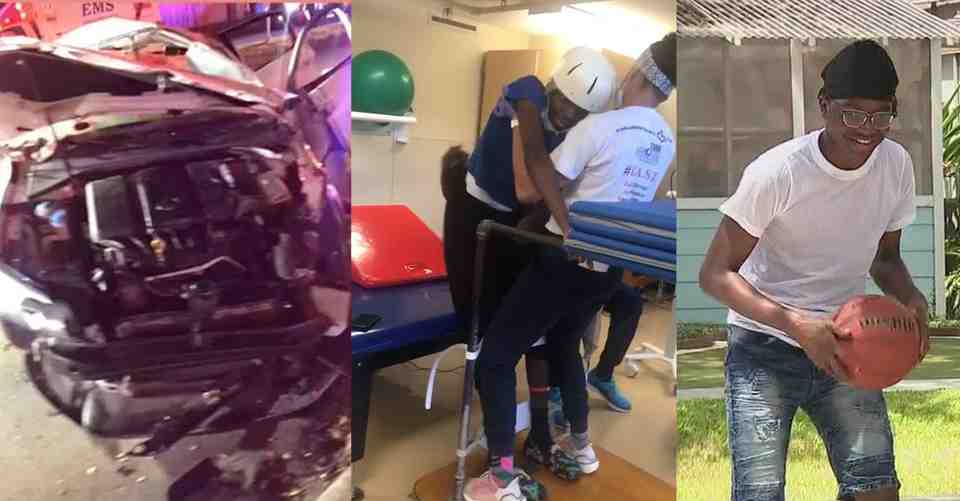 A mother is sharing her experience with the power of prayer after seeing her teenage son recover after being pronounced dead.

Torianto “Junior” Brinson, 15, was thrown out of a vehicle in Missouri City that was completely totaled in a devastating crash, Fox 10 Pheonix reports. Brinson’s mother, La’Kisha, recalls arriving at the scene and seeing her child’s unconscious body lying on the ground.

Brinson’s condition only worsened after he was airlifted to Texas Medical Center.

“They told us that he was gone, there was nothing they could do, and I remember asking them, ‘You’re just going to let my baby just sit here?’ and they were like, ‘There’s nothing they can do,’” La’Kisha said of the traumatic experience.

But as a praying mother, La’Kisha sprung into action through prayer and petition and asked her family to do the same.

“I was holding his hand, and I prayed and told him, ‘Junior, I need you!’ A minute later, I saw his hand move,” La’Kisha exclaimed.

Hospital staff sprung into action and whisked Brinson off to receive emergency surgery for his traumatic brain injury. After a few months in a semi-coma, Brinson recovered enough to receive a transfer to TIRR Memorial Hermann rehabilitation center.

It was a strenuous recovery process that at times required two people to help Brinson get out of bed, WFLA reports.

“He also struggled – and it’s pretty common after an injury like his traumatic brain injury – to have noticed changes in behavior, which we expected,” physical therapist Dr. Liz Larkin with TIRR Memorial Hermann said.
“It actually is a good sign! It means he’s getting better, but moments of difficulty regulating impulses.”

After months of training, Brinson has regained his ability to walk and is even back to playing his favorite sport of basketball.

“I made varsity as a freshman,” Brinson said with a smile. “I want to play for the Houston Rockets.”

He has no recollection of the near-death experience and becomes surprised whenever his mother shares the grim details. Brinson had already taken college courses before his accident, so even after missing over a year of school, the teen is still on track to graduate on time.