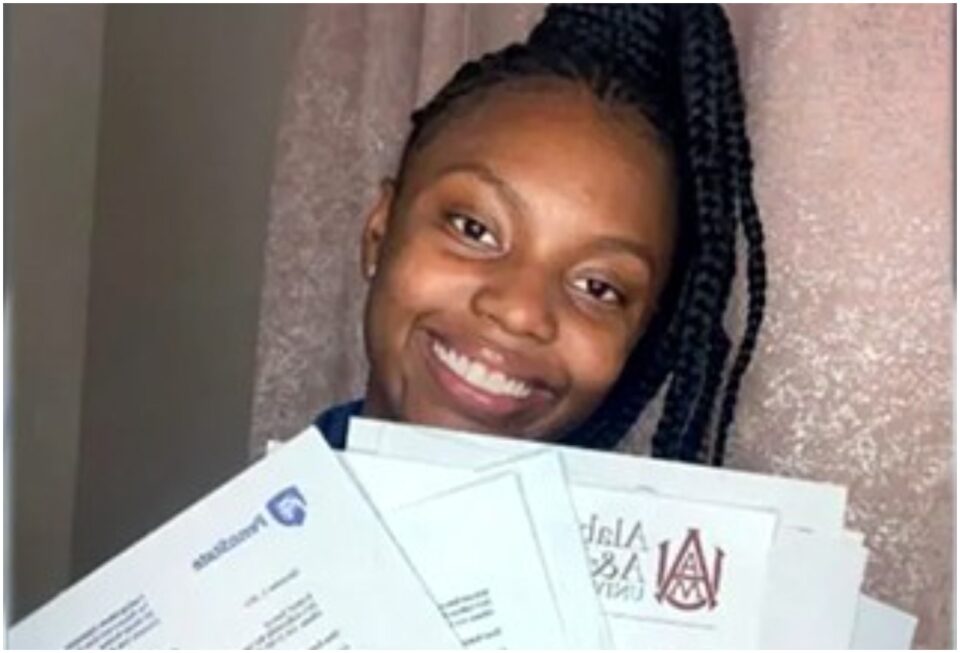 Kenyari Sawyer, a 17-year old high school student from Albany, Georgia, has been accepted into 48 colleges and offered more than $600,000 in scholarships. All in all, she says she applied to nearly 100 different colleges and universities.

Sawyer, who is a 4.0 student at Monroe Comprehensive High School, started applying to different colleges and universities in August last year. She said she was nervous she wouldn’t get accepted.

“I thought I wasn’t smart enough. It’s a hard process and I have been denied by one of my schools, and it was Mercer University. And so after I got denied, I just thought I might not get accepted anymore. It was a setback,” Sawyer told KBTX News.

Still, she applied to 92 schools and was surprised when she was accepted to 48 schools, including Dillard University, Mary Baldwin University, Notre Dame of Maryland University, Arizona State University, and Jacksonville University.

Sawyer was able to apply to several schools without paying the application fees, which usually cost around $44, because of the application waivers that are offered to students like her who are eligible based on financial need and academic behavior.

Moreover, Sawyer, who is the oldest of three siblings, said she was inspired to further her education because of her mother.

“I wanted to go to school because she wasn’t able to at the time. She was only able to receive her associate’s degree but it was at a later time because she had to take care of me,” Sawyer said, adding she plans to bring her mother along her new journey.

Sawyer has yet to decide which school she is going to attend but she is considering Howard University, Spelman College, and the University of Georgia. She plans to major in criminal justice and she hopes to eventually become a defense attorney and start her own law firm.