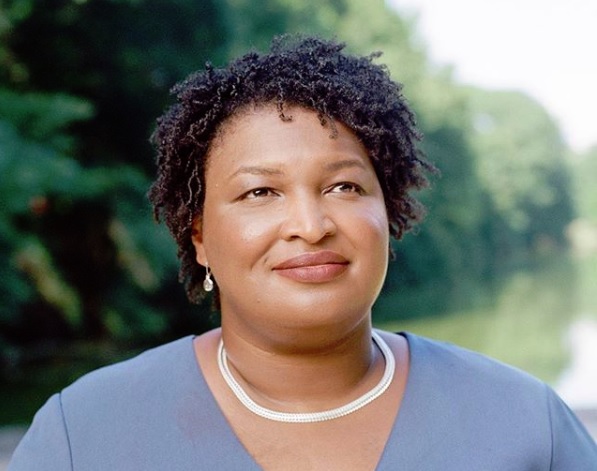 Amid news that majority poor, black Randolph County in rural Georgia is slated to have about 75% of its voting locations closed before the Nov. 6 election, Stacey Abrams did not pause to gripe or moan. She’s too busy talking about job creation and expanding opportunities to SRO crowds at stops in every single one of the state’s 159 counties in a tireless endeavor to win votes.

Of course, her office did issue a statement decrying the plan to shutter seven of Randolph County’s nine polling locations. The board of elections claims the sites are not accessible to those with disabilities. Meanwhile, closing them would require some to travel an extra 10 miles to vote. How does that help the disabled?

“Efforts to suppress the vote & depress voter turnout are alive & well in Georgia,” Abrams tweeted. She sent an email to her supporters stating that a “proposal to eliminate nearly every polling location in a Black Belt county belongs in a history textbook, not the current events section.” But she kept stepping and stumping and scoring where she could. (The Randolph County Board of Elections ended up voting to not shut down the seven polling places).

In her historic bid for the head of state, she has come to embody her own words, “The way to win is to try.” Armed with a lifetime of experience in seeking breakthrough roles, it would be tough to throw anything at Abrams that she hasn’t already battled or anticipated.

Whether you’re in the midst of your own quest for new chances, or simply need to be inspired by someone who never says die, here are some gems from Abrams’ book, Minority Leader: How to Lead from the Outside and Make Real Change.

Not everyone’s ambitions will be world domination or Carnegie Hall, but we should be driven beyond what we know and feel safe doing.

If you can walk away for days, weeks, or years at a time, it is not an ambition, it’s a wish. Wishes feel good and rarely come true. Ambition, on the other hand, fuels your days and refuses to be ignored. It challenges your sense of self and fulfills your sense of wonder.

Like most who are underestimated, I have learned to over-perform and find soft but key ways to take credit. Because ultimately, leadership and power require the confidence to effectively wield both.

We all set our sights on jobs we want, titles we covet. But, like dating the wrong person, we have to learn to understand what is truly for us and be willing to break up to find the real thing.

When we show up, act boldly, and practice the best ways to be wrong, we fail forward. No matter where we end up, we’ve grown from where we began.

We must cease being participants in our own oppression.

Admitting mistakes is a fundamental skill too few of us learn. In part, this is because we’ve been taught it’s wrong to be wrong.

Invention, discovery, and empires are built of chances taken with high degrees of failure.

Effective leaders are able to say to the person they want to impress most: “I don’t know.”

The most significant successes come from letting your light shine, embracing failure, and getting good at being wrong.

Names matter; labels matter. We should always pursue the highest title available and fight for the labels that reflect our clout.

The anchors of belief should never weigh down the capacity for thoughtful engagement and reasonable compromise.

Effective leaders must be truth seekers, and that requires a willingness to understand truths other than our own.

Remember this in the darkest moments, when the work doesn’t seem worth it, and change seems just out of reach: out of our willingness to push through comes a tremendous power… Use it.

Not only must we stop telling ourselves no, we have to internalize our right to make mistakes and to use each error as an entry point to more knowledge.

Financial independence gives us the power to decide our futures and liberate our conception of what’s possible.

We will all, at some point, encounter hurdles to gaining access and entry, moving up and conquering self-doubt; but on the other side is the capacity to own opportunity and tell our own story.