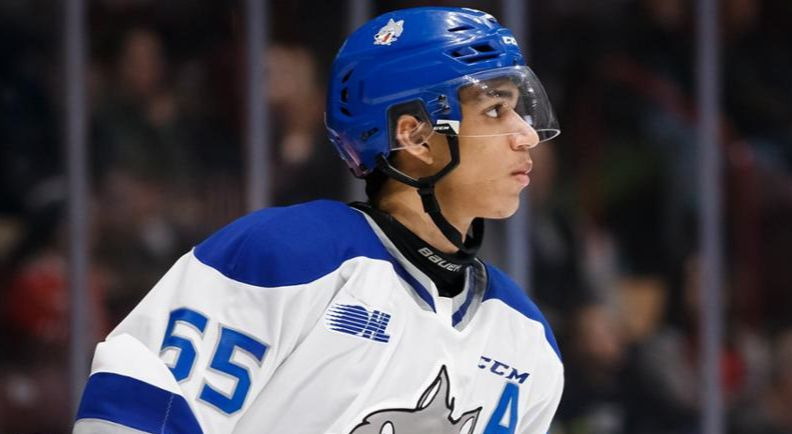 An 18-year-old Black hockey player has made history in a sport that has very few Blacks!

Quinton Byfield, who played the center position for the Ontario Hockey League’s Sudbury Wolves, was drafted No.2 overall by the Los Angeles Kings Tuesday night. That makes him the highest-drafted Black player in National Hockey League (NHL) history, according to ESPN.

Byfield is a native of Newmarket, Ontario, Canada. His father, Clinton, is originally from Jamaica.

Previously, the highest selection for a Black player was the fourth pick, which was achieved two times. San Jose Sharks forward Evander Kane (2009, Atlanta Thrashers) and Columbus Blue Jackets defenseman Seth Jones (2013, Nashville Predators) were the previously highest-drafted Black players in the NHL, at No. 4.

“Being in the record books for anything is definitely super special, but that especially,” Byfield said. “My dad and mom didn’t play hockey or didn’t have too much knowledge about that. Kind of just growing the game together. I think it just shows that there’s a lot of opportunity for everyone in the world and that you can play every sport and be successful in it.”

“Quinton is an exceptional young man and talented player with a very bright future,” Kings general manager Rob Blake said. “We’re proud to be adding him to our organization and look forward to the next stages of his development and a promising career in L.A.”

Byfield said he hopes he can one day help in hockey’s diversity initiatives.

“The league is doing a really a really good job with all the inclusivity and just the awareness that they’re getting out,” he said. “I think it would be really nice if I got involved with that and spread the positivity and just be a positive role model.”

“I’m a pretty confident guy. I definitely think I could step into the NHL next year, but I know it’s a really big jump from the OHL and really challenging.”