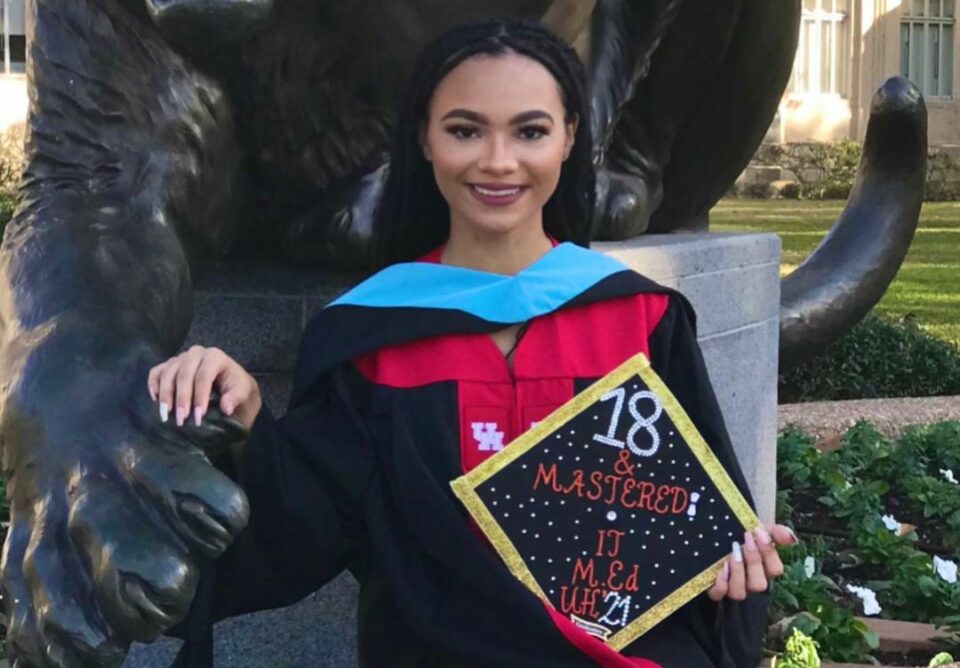 After earning her Masters of Education this semester, 18-year-old Salenah Cartier has become the University of Houston‘s youngest graduate for the second year in a row.

Cartier first enrolled at U of H at the age of 14. But she told ABC 13 that none of her classmates realized how young she was.

“No one knew how old I was,” Cartier said. “Actually, no one knew. So I was able to blend in. I made quite a few friends. I believe my college experience was pretty normal actually.”

Three years later, she graduated with a Bachelor’s Degrees in Psychology and and a Certificate in Corporate Entrepreneurship from the Bower College of Business.

She was then accepted into the College of Education‘s Masters program, which she started in January. Last weekend, she completed the program, earning a Masters of Education in Curriculum and Instruction, with an emphasis on Learning Design and Technology.

“While I was recognized last year as the youngest graduate for my bachelors degree, the graduation took place online,” she shared in an Instagram post. “Being in person this year was a surreal experience.”

Cartier demonstrated unique academic prowess as far back as the age of two, when she started reading. By age three, she was able to complete complex math problems on her own.

At the age of seven, the Houston native tested at an eighth grade level academically. She credits her mother for supporting her decision to follow such an unconventional educational path.

“When I began my graduate education, I really had no idea what to expect,” Cartier said of her most recent accomplishment. “I just knew that I was up for the challenge. I actually recall being told that my plan of completing a two year program in a single year beginning in the Spring semester was insane and simply wasn’t possible (which would have been true if I didn’t take 5 courses during my first semester). Well, not only was I able to achieve my goal, I was able to obtain and maintain a 4.0 GPA.”