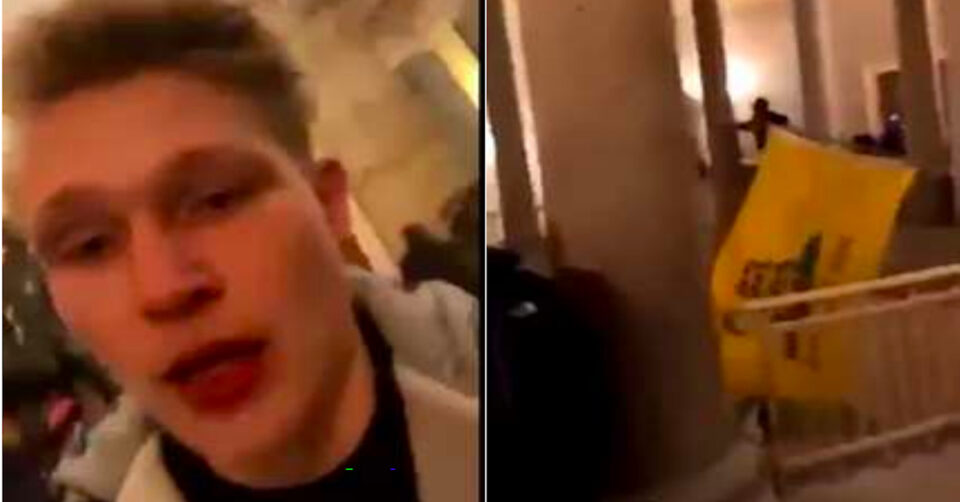 Lawyers get paid a lot of money reaching for angles to free their clients. And one attorney for a Capitol rioter did just that.

Leonard Pearso “Pearce” Ridge IV was sentenced to 14 days in jail on Tuesday, Law & Crime reported. His sentence came after his attorney, Carina Laguzzi, tried to argue that her client shouldn’t be charged like older rioters because statistics show the 19-year-old’s brain is still not fully developed.

Ridge was one of the more prideful insurrectionists who was accused of breaking down the doors to Senators Mitch McConnell and Nancy Pelosi’s offices and boasting about how he “made history” on January 6, 2020.

But now at the age of 20, Laguzzi asked Judge James Boasberg to factor in Ridge’s age when he decided to take part in the Capitol riots that shocked the world one year ago. Instead of the one year Ridge was facing, Laguzzi asked the judge to consider just a small probation period, Newsweek reported.

Laguzzi highlighted studies that show a person’s brain doesn’t fully develop until their mid-20s. She noted the debates around the studies and the United States Sentencing Commission acknowledging that age should be a factor.

“It stands to reason, therefore, a youthful offender such as Mr. Ridge cannot carry the same culpability as an adult with a fully matured brain,” Laguzzi’s court filing read.

“Ergo, the same sentence [for] an adult in his similar situation as Mr. Ridge is not appropriate for this important reason.”

Boasberg credited Ridge for not committing any violent acts while entering or inside the Capitol, but said his actions that day—and the days before and after—did warrant some time behind bars.

“What is exceedingly concerning to me is your statement before January 6,” the judge said, while noting that the Jan. 6 riot appeared to be a planned-out attack and not people who were “swept up by the crowd or by the moment,” or were “curious” and wanted to see what was going on.

“You intended to disrupt the peaceful transfer of power, and that alone is a serious criminal act,” Boasberg said.

Laguzzi asked that Ridge be allowed to serve his sentence on the weekend to avoid affecting his work hours at his family’s business.