Over $2 Million Raised for Black Churches Burned Down in Louisiana

The three historically black churches that were burned down earlier this month in Louisiana are finally getting the help they desperately need.

The Seventh District Baptist Association, a 149-year-old nonprofit religious organization, partnered with the Governor of Louisiana, local leaders, elected officials, the impacted churches, other faith organizations, and the community to raise funds to support the sanctuaries. The organization, which is led by President Freddie Jack and consists of approximately 60 Baptist churches from seven parishes in Southwest Louisiana, launched a GoFundMe campaign on April 10. However, nothing was really happening until New York magazine and HuffPost writer Yahsar Ali challenged his social media followers to donate $1,000 to the campaign, sparking a worldwide outpouring of support. More than 37,000 people from across the country and over 40 countries and territories around the world donated to the campaign in just seven days. Ali announced that the campaign raised $2 million in a tweet on April 18. More than $2.1 million had been raised by April 22.

And that's not including all the offline pledges!!!

According to an update on the GoFundMe page, charges have been filed against the man accused of burning the three African American churches. Holden Matthews, the 21-year-old white man and son of a St. Landry Parish Sheriff’s deputy, was arrested and charged with two counts of simple arson, one count of aggravated arson, and three counts hate crimes. His attorney entered a not guilty plea.

The St. Landry Parish District Attorney is prosecuting the case. The DA filed a motion asking that the suspect’s bail be denied, stating that Matthews is “an imminent danger” and should be kept behind bars until his trial. 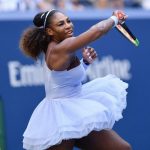 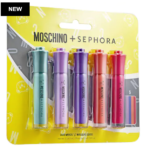