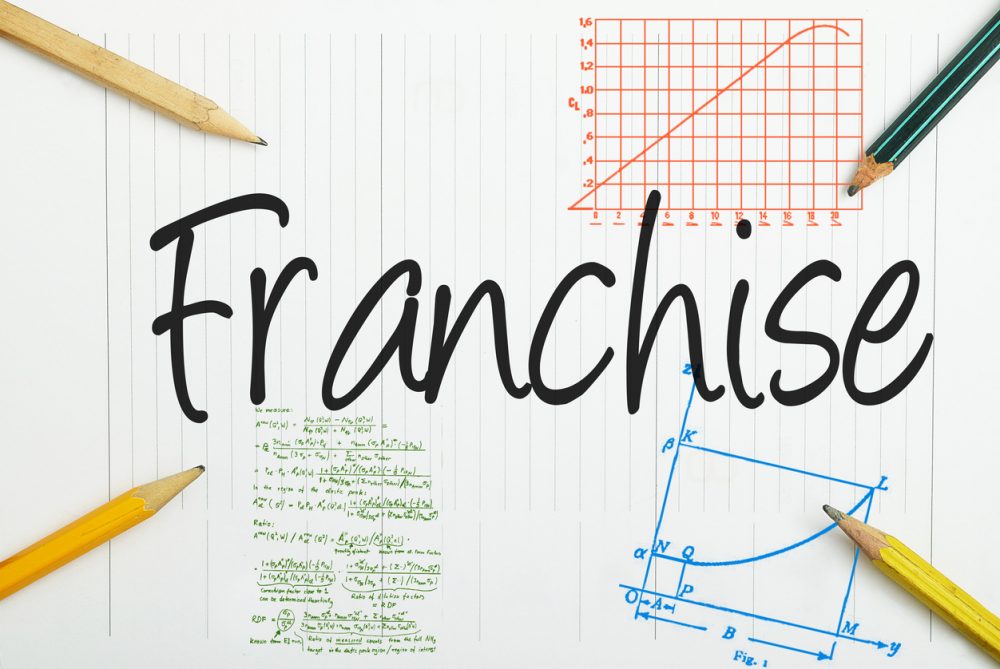 By the time Doni Pitchford told anyone what she had done, it was too late. “The store was already built. There was no turning back,” she says. Owner and operator of a Jamaica, New York-based Subway franchise, Pitchford took the leap into franchising back in June 2005. Of course, she had no idea she would soon land smack in the middle of one of most severe economic downturns since the Great Depression.

“Historically franchising has been the business model that has gone up during economic slowdowns,” says Miriam Brewer, the International Franchise Association’s director of education and diversity, who points to the franchising industry successfully going in and coming out of the technology recession of 2002. “But this particular economic downturn is very different from others that we have seen.”

With outside factors such as the credit crunch and housing crisis, businesses of all sizes are struggling to keep their doors open. But it isn’t all doom and gloom. In fact, certain industries are faring well in this climate–and in many cases, franchising is the best avenue for tapping into them. Black Enterprise, working closely with the IFA (www.franchise.org) as well as the Arlington, Virginia-based franchise research firm FRANdata (www.frandata.com), looked into those industries to uncover 20 recession-resistant franchises that are not only outperforming now, but are poised to generate returns well after the long-awaited economic recovery arrives.

Standout franchises offer one or more of the following attributes:

–Leaders within their industry/sector

Experts will vouch that no franchise is recession-proof and outcomes aren’t guaranteed. But with due diligence and strategic planning, you can embark on an entrepreneurial venture during these challenging times with confidence and be optimistic that when the economy turns, it will be in your favor.

An avid customer already, Pitchford saw the Subway sandwich chain as the perfect opportunity to be her own boss. “It allowed me an affordable entry point,” says the 38-year old. “I didn’t know how to build a store, but the system is already there for you and you’re able to align yourself with a known brand.”

Using $70,000 in savings from her full-time job as a physician assistant and $100,000 in a home equity line of credit) she purchased her franchise. Much of the startup costs went toward training at Subway University; purchasing ovens, chairs, freezers and other equipment; as well as a down payment for the rental and build out of her 1,300-square-foot space. Franchisees have to scout and secure their own store location; Pitchford chose the former location of a travel agency within a complex that includes retail shopping as well as resident apartments and co-ops. “The rent is reasonable and there’s a built-in customer base,” says Pitchford, whose franchise has four full-time and six part-time employees and 2008 revenues totaling almost $400,000.

“You can never go wrong picking the right food company,” says Rieva Lesonsky, a small business and franchising consultant and author of Start Your Own Business (Entrepreneur Press; $24.95). She agrees that quick-service chains are standouts during this recessionary period. Quick-service is the only sector that forecasters at accounting and market research firm PricewaterhouseCoopers anticipate seeing growth in all three areas of establishments, economic output and increased jobs.

Franchisors such as Subway and McDonald’s are able to provide franchisees with national marketing and advertising backing. For example, when Subway launched its $5 foot long promotion franchise-wide, owners such as Pitchford (who is required to allocate 4.5% of her sales to national marketing) saw immediate results–sales spiked 52% during the promotion compared with the prior year.

“Doni has done a good job of maintaining a high level of customer service and keeping her store well staffed and employees friendly; these are keys to success during hard economic times,” says Mark Choi, development agent for Subway, Queens County, which is the territory Pitchford’s franchise is located within. “When people have less money to spend eating out, you have to give them a very good reason to visit your business.”

There’s no question that the automotive industry has seen better days. But despite the woes of automakers and their dealerships, general auto repair services have been faring well. “Automotive from a demand standpoint has to do with lifestyle,â€ says Darryl Johnson, president of FRANdata, who points out that big ticket items often aren’t updated during recessionary times. “[Consumers] are not willing to make those major investments, and being [un]willing to make major investments leads to a greater frequency of maintenance.â€

One standout is the automotive transmission repair and car care service company AAMCO which has shown consecutive franchise unit growth over the last three years. Another is the $1.1 billion auto maintenance and repair chain Midas International Corp. which is currently targeting displaced service customers, dealers, and employees of those automotive dealerships that have closed or are in the process of closing, to consider franchising or service employment with Midas as an alternative. “People who would normally go to their local dealer to get their car serviced may not have that option anymore. So some local franchises are stepping up on all fronts,” says Lesonsky.

The aging U.S. population has turned the healthcare industry into one of the fastest growing parts of the economy, according to the U.S. Department of Labor. Although there are several variations, the category showing the most growth is home healthcare and services. FRANdata reports an average three-year franchise unit growth of 42%– the largest increase of all categories. Coincidentally, the franchises that made the list require a total investment of less than $75,000. Also, the majority of them are active participants in MinorityFran, an extension of the IFA dedicated to increasing the number of minority franchises.  One way to lure minorities is through signing incentives. For example, Always Best Care Senior Services offers prospective minority franchisees at least 5% off the franchising fee; 39% of their franchises are minority-owned.

Lesonsky says this is an industry that’s only going to increase in customers for the next few years, referring to U.S. Census Bureau data that the first swell of baby boomers turns 65 in 2011. But Johnson points to yet another factor that makes this industry so attractive right now. It’s one that you’re not willing to compromise on. “The quality triumphs the cost [for consumers], he says. “They’re not going to go to a lower cost for a less supportive health service for an aging parent.”

In certain areas, consumers are likely to make compromises and opt for fewer frills to avoid a big hit to their budget. However, childcare is not one of those areas–and that makes for a recession-resistant franchise. “What you are seeing because of that [reality] is a continued expansion. There are indications in this recession of strength in this sector,” says Johnson.

Child tutoring and supplemental education services have ballooned in recent years into a $69 billion industry, according to IBISWorld Research. “It’s one of the fastest growing segments of the kid’s market,” says Lesonsky, who notes its biggest clients are parents of tweens. “If you have a kid and they’re not doing well in school, good economy or bad economy you’ve got to get them help.” The sector saw 11% average unit growth over the past three years and looks to be on a curriculum to score even higher.

Helping the sector get there are its biggest companies: Kumon Math & Reading Centers, Sylvan Learning, and Huntington Learning Center. While the Japanese import Kumon offers subsidized rent to qualifying franchisees, Sylvan goes on record that prospective franchisees in specific markets such as Atlanta, Chicago, and Sacramento, California, can potentially earn $200,000 to $1 million in revenues.

Many of the franchises in this industry capitalize on the simple fact that they provide a service that people either cannot or do not want to do themselves. The two biggest players remain H&R Block and Jackson Hewitt: both showed unit growth during the 2009 tax season. Significantly smaller than its sector leaders, Liberty Tax Service has grown by 20% since 2005. And about 10% of its 2,800 units are black-owned.

But when paired with similar categories such as quick printing, the outlook is slightly negative going into next year says John Reynolds, IFA’s vice president of new business development and president of its educational foundation. “One of their main drivers is small businesses and others who use those services, so when those businesses look to cut back then that has a negative impact on the areas.”

Not knowing when a natural or man-made disaster will strike doesn’t bother Carolyn Irving-Powell, because she and her team are always prepared. The 49-year old wife and mother of two purchased a Servpro disaster restoration and recovery franchise back in December 2005. After relocating in 2001 from Overland Park, Kansas, to Little Rock, Arkansas, with husband Ernest, a locomotive engineer, Powell wanted a fresh start.

“I [worked] part-time; mostly babysat, but I wanted to do something else,”says Powell, who worked 12 years in the accounting department of Sprint Nextel headquarters prior to the move. After extensive research, Powell selected Servpro because she liked that they had a “proven method of running a business.: Servpro’s services include fire and water damage cleanup and restoration; biohazard, crime scene, and vandalism services; as well as mold mitigation and remediation. So with no prior knowledge or interest in the industry she became their newest franchisee.

Her $75,000 startup costs got her a truck mount (for water removal), two computers, proprietary software, and other equipment. Not included were a van and a location. For three weeks, she trained in Gallatin, Tennessee, at the company’s headquarters learning hands-on the process of disaster recovery and restoration and what it takes to run the business’ back office.

“The first month, I made $52.30,” says Powell, who found things more difficult than anticipated. “The next two months, I made zero. I felt I wasn’t going to make it.” But the fourth month was the charm; she did $28,000 in sales and she hasn’t doubted her decision since. Last year, Powell’s operations finished with a little more than $600,000 in gross volume; a 42% increase compared with last year. And for 2009, they project $800,000. Today, Powell has 12 full-time employees, which during the summer also includes her 17-year old son, Tyler, and works out of a 3,000-square-foot facility that includes an office and storage spaces for clients when needed.

“In any part of the country, there’s the potential for a disaster,” says Lesonsky. And a disaster doesn’t necessarily have to be a big one; it could be a fire in your strip center. Or your records blow up. So the growth in the industry is not a new need; it’s the awareness of the need for the service.”

Powell says she is optimistic about both the economy and her future as a franchisee, saying it will likely bring her and her husband into retirement. “I’m not nervous at all [about the economy],” she says. “I’ll continue to do this as long as I can.”