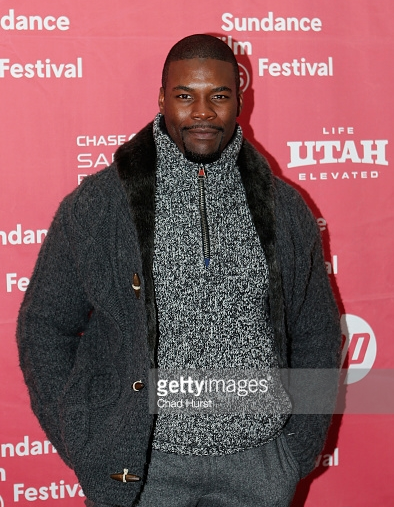 Each year, tens of thousands of people flock to the Sundance Film Festival for a first look at some of the most unique American and international independent films.Â  The Sundance experience is filled with viewing diverse creative expressions on a big screen.Â  Some of the featured films twist, distort and challenge your perspectives of life while the other films are purely entertaining with rich characters and full-bodied plots. This past weekend, I got to dive into Sundance and view a few breakout features.

This year’s festival showcased a few allegorical films using satire and symbolism to discuss race and politics. One film, Mulignans, directed by Shaka King pushed the envelope with its satirical plot based on major films such as Casino, Pulp Fiction and A Bronx Tale. The film rests at the intersections of offensive and unique with its spins on racially charged words and images. King grabbed viewers’ attention with his bold creativity with how art interprets life.

Another film, Sweet Micky for President, was developed by Pras Michel of the famed musical group, “The Fugeesâ€. Pras, along with director Ben Patterson and producer Karyn Rachtman, developed Sweet Micky for President based on the 2010 Haitian presidential campaign.Â  Set against Haiti’s devastating 2010 earthquake and a corrupt government, the film depicts the shaky rise of an unlikely presidential candidate, Michel Martelly who is backed by Pras’ political efforts. The plot deepens as another presidential candidate arises: Wyclef Jean, Pras’ former “The Fugeesâ€ bandmate. The film won two awards: Audience Award for Documentary Feature and Jury Award for Documentary Feature at the Slamdance Film Festival Awards.

Considering all of the other notable Sundance features including, What Happened, Miss Simone?, which entails the rise and acclaim of Nina Simone, one film stood out as an incredible mix of art, music, politics, race and technology: Dope. Directed by Rick Famuyiwa, Dope hits viewers with characters who brilliantly combine 90’s nostalgia and 21st century personas. These “outsidersâ€ find themselves challenging stereotypes amidst present-day ghetto-backdrops, drugs, hip-hop culture and typical teenager incidences.Â  Amin Joseph, who plays “The Voiceâ€ gives a spot-on explanation behind the intrigue of Dope, “This film has a lot to say, but it informs and teaches without beating you in the head with a message. I feel like the film is so entertaining at times, you may have to see it more than once to enhance your understanding of the movie, so you might as well see it three times…â€

I left the Sundance Film Festival with opportunities to preview remarkable films, which told unique and captivating stories that either pushed the envelope or challenged my nostalgia and recollection of real events. The festival also included great opportunities for attendees to brush shoulders with directors, producers and cast members. There were multiple guest lounges and experiential suites including the Bang & Olufsen gifting suite, which highlighted the JayBird Sports brand which gifted guests with wireless earbuds and the Reign sports band. Â In the Kari Feinstein gifting suite, the fashion brand Coolway was highlighted and guests received a pair of boots. And in the Indie Lounge by Power & Industry, Olympia Luggage was featured and gifted guests with rolling duffel bags.

Sundance Film Festival 2015 was yet another great experience. This year’s breakout film Dope was picked up by Open Road Films and Sony Pictures for a June release, which made the experience even more momentous. I can’t wait to see which films are picked up and how well they’ll be received by general audiences.