Scenes From the 2018 Black Engineer of the Year Awards Gala 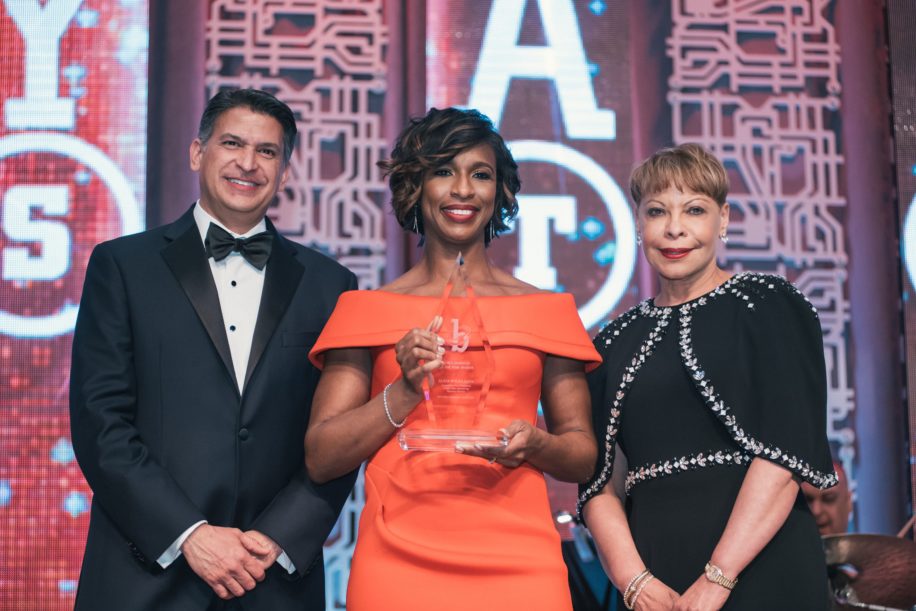 Alicia Boler Davis, Executive Vice President of Global Manufacturing at General Motors, recently accepted the Black Engineer of the Year Award (BEYA) in Washington D.C., on Feb. 10 and an exciting time it was. She is the sixth woman to receive this award and during her honoring was surprised by a letter from 44th President Barack Obama, sending his congratulatory praises.

“This recognition is a testament to your steadfast devotion to turning today’s bold ideas into tomorrow’s realities, something I have seen from you firsthand, and it is well beyond deserved. I hope you know how grateful I am for all you’ve done to help America dream up solutions and drive our nation forward on the path of progress,” stated Obama.

The entire event was showcased with the same grace that Davis exemplifies. Walls backdropped with bold green, red, and purple lighting with the letters STEM (Science, Technology, Engineering, and Mathematics) wrapped across the stage.

Prior to the event, we were able to test out some of the amazing vehicles Boler Davis has been working so hard to produce: the 2018 GMC Terrain Denali, 2018 GMC Sierra Denali, and 2018 GMC Canyon. I must say, she and her team have done a phenomenal job incorporating modern technology into these vehicles. Some key features included: center console signals and active safety enhancements to increase driver awareness.

We took the Denali for a spin around the Washington, D.C., area visiting several monuments. In light of Black History Month, we chose the Martin Luther King Jr. Memorial and Malcolm X Park.

Boler Davis’ career began with GM in 1994 as a manufacturing engineer at the Midsize/Luxury Car Division in Warren, Michigan. She has held many positions of increasing responsibility in manufacturing, engineering, product development, and labor relations and was appointed to executive vice president, GM Global Manufacturing in June 2016.