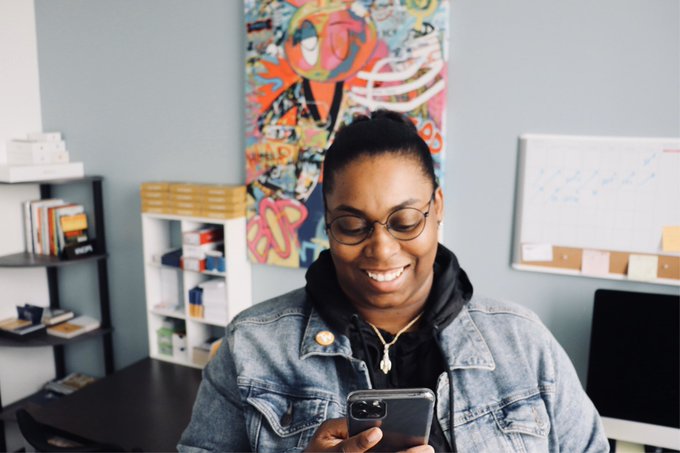 Chaymeriyia Moncrief is a millennial telecommunications entrepreneur on the move. At the age of 24, this Alabama native created Tesix Wireless Network, a mobile virtual network operator. But this isn’t the first company Moncrief has started; she has been hard at work from an early age.

“I do have a branding agency and that is what I started at 12 years old, as a designer, and it officially turned into a business at 16,” Moncrief told WSFA12.

Tesix Wirless sells itself on giving customers more transparent billing; helping customers avoid unexpected fees with their phone bills. Many of the big carriers have overage charges and higher data plans for expensive phones. Tesix also promotes themselves as uncapped and fee-less to attract new customers.

Moncrief’s key audience demographic is millennials who are more cost-conscious while being heavy smartphone users. With personal and solo business plans starting a just $40 a month, the service is priced on the low end compared to its competitors.

After the launch announcement of Tesix Wireless in 2018, the telecommunications startup quickly built a waitlist of 4,000 subscribers and netted $40,000 in sim pre-sales. Moncrief even received $1.5 million in investments and an acquisition offer.

“I am a huge thinker and big dreamer. So $5.9 million now, what is that worth later?” Moncrief asked of the company’s valuation at launch. “That is an amazing feeling. I can only imagine where it will be six months to a year from now.”

The answer is that the company only continues to improve on its success, with Moncrief telling Marie Claire in October 2019 that the company now has almost 6,000 subscribers and is valued at almost $8 million.