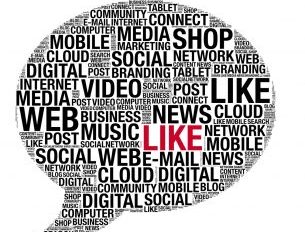 And much has changed.

Not only has digital advertising eclipsed print advertising in many respects, but it has done so by penetrating virtually all market segments–including America’s two biggest generations.Â  Most businesses recognize the nexus between digital advertising and millennials.Â  But digital advertising helps businesses reach baby boomers in large numbers as well, as they are similarly active online.Â  For example, a 2015 report found that baby boomers actually spend more time online than millennials. Another found that a staggering 82.3% of baby boomers belong to at least once social networking site, with 15.5% spending over 11 hours per week on Facebook alone.Â  And, perhaps even more surprisingly, one recent survey found that 13% of internet users over the age of 65 use LinkedIn, which is nearly the same rate as the 18-29 age group (15%).

1. Make Sure You Have a Social Media Presence

Social media only emerged a little over a decade ago, in the pre-iPhone world of the early 2000s. Â Back then, a tweet was still only the sound of a bird, not the preferred communication method of our president-elect.

These days, however, social media is virtually inescapable across all market segments. So most businesses should, at minimum, set up a social media page, and constantly update the content.Â  Don’t just have a page to have a page.Â  Take advantage of the (typically free) platform and ongoing opportunity to communicate with your customers.

Additionally, social media offers numerous strategic benefits.Â  For instance, establishing a social media presence allows you to better monitor your competitors.Â  It also enables you to follow other businesses that relate to your industry.

2. Make Sure Text on Your Website Uses Common Keywords

A website isn’t the best place to dust off the thesaurus.Â  Today’s website text must be optimized for capture by search engines, so it’s important to use plainspoken, common words that most consumers searching for your good or service would typically use.Â  The more times you have a certain word on your website, the higher ranked you will be in search results for that word, because the search algorithm will determine that you have more relevant content.

So, unless you offer a niche product or service that would require use of obscure keywords to search for it, stick with common keywords.

3. Make Your Site Has a Responsive Web Design That Can Easily Adapt to Tablet or Mobile View

Mobile access, as provided via smartphones or tablets, has overtaken desktop access in digital media time.Â  In fact, one survey concluded that mobile accounts for 65% of digital media time, versus 35% for desktop.Â  Therefore, as mobile access proliferates, businesses should build websites that can easily adapt to mobile device screens. Google has already responded to the dominance of mobile devices by ensuring that mobile-optimized websites will rank higher in its search results.