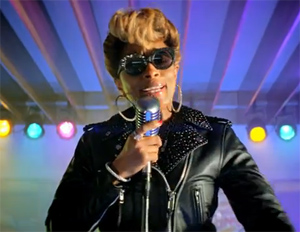 So, we all remember the big backlash R&B superstar Mary J. Blige faced after her controversial Burger King chicken wrap commercial was released on the Web. (I won’t relive it, nor will I reintroduce my side-eye commentary on the subject. Read here and here if you want to know the back story.)

Blige gave details—reportedly for the first time—on The Angie Martinez Show yesterday, about how she felt about the outrage. She says doing the commercial was a “mistake” and a “learning experience.”

The songstress told Martinez that initially, she felt like she wanted to “crawl under the bed.”

“I said, it’s just too much going on for me to try to stick my head out there and say anything. So I just pulled back and I watched everyone and everything, and it’s just something that I thought would have been something great… a branding opportunity.”

“It never was a chicken commercial,” Blige added. “It was about a sandwich, and I was singing about an ingredient in a sandwich. …”

But it just wasn’t executed properly and was, as Blige admits, a lapse in good judgment.

(Ok, Mary. Insert yet another side eye here. I’m a fan —even after the mishap—but excuse me if I don’t buy this. If I sing the words “crispy chicken ” —on camera — and ask—on camera—“What’s in the crispy chicken wrap?” I think I’d be aware that the footage would be used and manipulated by editors and producers. Hey, maybe this understanding should be attributed to my experience as a media professional and avid consumer of reality TV, and not to common sense. But I digress.)

Discussion and coverage of the debacle went from Twitter to blogs to major news outlets, exposing an international audience to Blige’s branding flub.

“It just broke my heart that people were just going crazy,” Blige said. “It made people’s Websites go up, it made people get more ratings on their radio stations. Cool. Whatever. Hee-hee-hee. Ha-Ha-Ha. But the thing that hurt me is when people started saying vicious, negative things that had nothing to do with that.”

She apologized, again, to fans and said it was not her intent to be part of buffoonery or anything that would shed a negative light on African Americans. “I would never do anything like that purposely. I thought I was doing something right, so forgive me.”

Mary, I forgave you a long time ago. We all make mistakes, we learn from them, we find ways not to repeat them, and we move on.

Here are a few tips we all can take away after Blige’s branding blooper:

Humbly and directly admit to your mistake or lapse in judgement. Accountability is key. It never looks good to pass the buck (or seem like you are), and, in a majority of situations, the “I didn’t know” defense never goes over well. Some supporters you’ll win back, others are forever gone. (And some were just waiting for you to fail in the first place, so you wouldn’t have changed their opinions anyway.) Accept that and move on.

Try to jump ahead of a controversy or snafu if you can. Blige said in the interview that she didn’t even know about the controversy until trying to look up something on the Web that was totally unrelated. True, it would be impossible for a star like Blige to know about everything that is written or said about her, or even if her likeness or songs are being used fraudulently, but it’s a good idea to be as aware as possible of what’s out there that may be connected to your brand image. Google yourself or set up Google Alerts with key words such as your name or the name of your company. Hire legal and research professionals to keep track of your brand exposure online and in other instances. Be in the know on discussions that relate to what you offer to the market within your company as well as outside of it.

Be very aware that actions, words and projects that relate to your brand could be misinterpreted, manipulated or used against you. In this digital age of instant information and freedom of access, it’s easy for photos, videos, insights and other things to be misunderstood, manipulated or used out of context. Even truths can be exposed with negative intent. Just be careful. 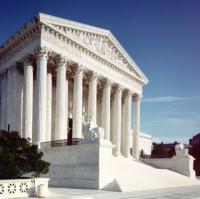