3 Ways to Manage the Opinions of Others - Black Enterprise 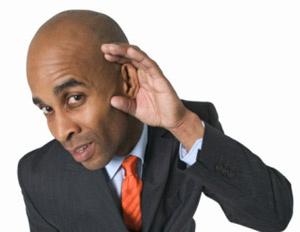 What you listen to leads you.Â  As a reinvention strategist and branding mentor to executives and entrepreneurs around the globe, I regularly remind professionals that their current path is a product of a past mindset.Â  That mindset is usually shaped by our life experiences and encounters with other people. Far too many chase riches instead of making choices based on inner-reason. Even more claw and climb the corporate ladder only to get to the top and discover that it’s not where they wanted to be after all. For that reason, you should pay careful attention to what and whom you listen to.Â  We can often find ourselves led by the opinions of people who will never live our lives.Â  Unconsciously, however, we end up living our lives for them and not ourselves.

Think about that for a moment.

How many times have you decided to do something because you felt it was what you were “supposedâ€ to do? Or, perhaps you chose a career path because someone led you in that direction and you just followed along.Â  Sure, we all have to “do what we must doâ€ now so that we can “do what we want to doâ€ later.

Recently, I hosted a teleclass called “Overcoming a Brand Identity Crisis.â€ The response was so overwhelming, my team had to increase the capacity of the conference line!Â  Clearly, I hit a nerve.Â  I think the reason so many people are dissatisfied with their careers is because we end up listening to and being led by the opinions of others.Â  I say “weâ€ because we have all done this, and it is a thought pattern that becomes engrained early on.Â  As children, we’re conditioned to listen, to be respectful, and to obey.Â  Of course, I’m not downplaying the importance of values, but I do think that many parents have steered their now-adult children into careers that they never really wanted for themselves.

Further, there is nothing inherently wrong with opinions. Like another infamous body part, everyone has one.Â  However, it is key to give the opinions of others proper perspective–nothing more and nothing less.

Here is the danger: few make the transition from childhood to what adulthood is supposed to be–not learning what to think, but how to think.Â  That is my approach when it comes to business mentoring and coaching entrepreneurs and executives through my programs with ME University.Â  After all, if everyone is thinking alike then someone isn’t thinking.Â  What’s more, if you never learn to stand for something you wholeheartedly believe in, you’ll eventually settle for something you don’t.