4 Fascinating Start-Up Entrepreneurs I Met In 2015 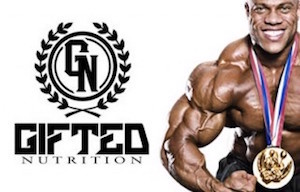 Most of my colleagues, friends and associates know that I am a geek for new start-ups and smart entrepreneurs. In fact, one of the most fulfilling and rewarding aspects of my three-decade career with Black Enterprise is the chance to connect with, build and strengthen a network of outstanding young business owners and leaders I’ve come to know and admire, and to be a catalyst in helping them to meet, engage with, support and collaborate with one another. Many of these impressive business innovators view me as a mentor, but the truth is, I learn far more from them than they could ever learn from me.

Every year, in part through my role as a judge for a number of annual business plan and elevator pitch competitions, I get to meet truly impressive start-up entrepreneurs. In this post, I’ll introduce you to just four of the most fascinating of those I met in 2015. What they have in common are exceptional business minds and innovative enterprises, as well as the energy, passion and strength of personality to bring them to fruition.

Phil “The Giftâ€ Heath is the reigning king of the international sport of bodybuilding, winning his fifth consecutive Mr. Olympia title this year. Bodybuilding and fitness are personal passions of mine, so of course I was excited to meet him in February, when I served as moderator for a discussion with Heath and former NBA player and entrepreneur Bobby Simmons as part of The Shadow League’s “Lunch and Learn Sports Business Seriesâ€ in New York City. Heath is also the president of Gifted Nutrition, a fitness and nutritional supplements venture he launched in 2014 (in partnership with Nutrition Resources Services Inc.), and also owns Gifted Apparel.

[Related: 10 Startup Celebrities and What You Can Learn From Their Success]

Once I began talking with Heath, I found his business intelligence to be even more impressive than his world-class physique, as he explained what it means to be the first Mr. Olympia to compete as the spokesperson for his own performance nutrition products start-up, instead of as a paid endorser for an established supplement company or launching his own line after retiring from competition. After a stint as an endorser for another company, Heath trained for and earned his fourth Mr. Olympia title using his own products. “If I’d lost,â€ Heath explained, “What would that say about the quality of my products and the credibility of our company?â€

Well, Heath, who double-majored in information technology and business administration while playing basketball for the University of Denver, has now successfully defended his Olympia title twice using his own products, so that concern has been laid to rest. And at his invitation, I tried them myself Â (he started me off with a complimentary Gifted Nutrition “care packageâ€). I can now say that I am a loyal customer as well as a fan of Heath. He has the potential to be even more successful as an entrepreneur than he is as an athlete.

I first met Camille Newman while serving as a judge for the business pitch competition of the 2015 Dream Project conference this past April in Atlanta. Newman won for her business PopUp Plus for Curvy Girls–an online and popup store enterprise that retails fashion-forward couture for full-figured young women–on sheer personality and charisma alone. Winning that competition qualified her for a spot in the Elevator Pitch Competition at the 2015 Black Enterprise Entrepreneurs Summit the following month, also in Atlanta. Newman also won that competition, besting a strong field of fellow entrepreneurs in impressive fashion, and earning a Â $10,000 business grant and a series of six mentoring sessions with me.

During the past six months, Newman, a tailor’s granddaughter who launched her company in 2010 while maintaining her career as an executive at a high-end Manhattan department store, has impressed me not only as a focused and forward thinking entrepreneur, but as someone with the courage, leadership skills and emotional intelligence to build and operate a business of significant scale–she very much reminds of Lisa Price at the beginning of her now legendary entrepreneurial success story with Carol’s Daughter. Yes, the couture at PopupPlusOnline.com is on fleek–but Newman has the potential to not only grow that venture, but to develop and lead even bigger ones.

Vicki Sylvain, creator of The Shoe B, Â is the reigning champion of the BeBlogalicious Perfect Pitch Competition, sponsored by Wells Fargo at the 2015 BeBlogalicious Conference in Baltimore in September, for which I was also a judge. Sylvain bested the most competitive field of entrepreneurs yet for this competition in its third year, with an idea amazing in its simplicity: a fashionable handbag that, with the pull of a hidden zipper, opens up to provide enough space to stylishly carry the sexy high-heels that fashionistas love at the beginning of a social event, but become a source of foot torture hours later. Upon the inevitable switch-out to a pair of flats, instead of carrying their Choos or Blahniks in their hands–or worse, a tacky looking paper or plastic bag–the Shoe-B provides a fly solution in a variety of colors and materials that can accommodate shoes up to size 13.

Sylvain, who is Haitian, was driven to bring the Shoe-B to market as a way to raise money for relief in the aftermath of 2012’s devastating earthquake in Haiti, launching her company in 2014. In addition to earning a $5,000 business grant as the winner of The Perfect Pitch (wowing us judges with both her product and her pitch), Sylvain, who like Newman is based in New York, earned a mentorship consultation with me, during which I was even more impressed. I believe that the potential for The Shoe-B to become a must-have, high-end accessory, as fashionable as it is practical, is off the charts.

Okay, I confess: Reuben Canada had me after the first sip, when he invited me to sample his creation during a meeting at a diner near Black Enterprise’s Manhattan headquarters in October. His beverage, Jin+Ja, an intense, energizing and great tasting beverage of fresh ginger, cayenne pepper, green tea and other healthy, natural ingredients, is simply off the chain. Available in two varieties, the original and a passion-fruit infused version, Jin+Ja totally lives up to Canada’s claim of an invigorating, all-natural elixir for the health-conscious.

I first learned about Canada when he appeared on the CNBC business reality show West Texas Investors Club, when he was offered, but ultimately passed on the investment offer from the show’s stars. As a fitness enthusiast who loves pure ginger beer as an alternative to sodas, I was fascinated by Jin-Ja’s ingredients, as well as the enthusiastic and confident Canada. So I immediately connected with him on Twitter to find out where I could buy and try Jin+Ja in the New York metro area. Several weeks later, Canada (who launched his company Canada Enterprises after creating Jin+Ja in 2009) did even better, inviting me to meet with him to give it a try.

As I said, Jin-Ja is absolutely as advertised, tasting better than I even expected. (My review was seconded by my wife Zara, who is really hardcore about healthy eating with fresh, natural and organic ingredients, when I brought it home for her to try.) Canada, an alum of Howard University Law School who gave up his job as a patent attorney to focus on his product, was even more impressive; his passion for Jin+Ja, as well as his persistence and creativity in getting it to consumers in the uber-competitive beverage industry is absolutely remarkable.

Getting to meet innovative, determined entrepreneurs with business ideas that bring true value to the marketplace is one of the most rewarding aspects of my life. I love picking their brains, telling their stories and, hopefully, doing what I can to help them succeed. I believe in Heath, Newman, Sylvain, Canada and so many other fascinating entrepreneurs like them that I am privileged to meet. I urge you to learn more about them and to follow their progress. They are impressive people and sources of inspiration for my own entrepreneurial journey. My hope is that they can be the same for you. Who knows? You could become one of my most fascinating new entrepreneur picks in 2016.