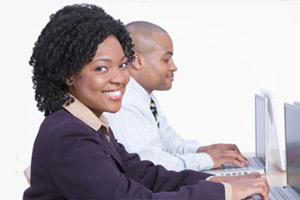 There are a host of media experts, consultants, and mavens of media that are carving out a lane for themselves in the digital space. These are people who manage Facebook and Twitter accounts for some of our country’s largest brands, individuals who are launching their own social media start-ups, and those who are making it their responsibility to teach the masses how to leverage digital in their own backyard. When BlackEnterprise.com asked some of these individuals what were their favorite digital tools they couldn’t choose just one. There are way too many to pick from, responded one interviewee. So, we’ve narrowed down the list down to a couple of tools that were highly recommended and the most useful for a business audience. Enjoy!

Cavaughn Noel is the founder of the Black Entrepreneurs in Technology Alliance Meetup group. The goal of the organization is to cultivate resources for the Black business community. Recently, he partnered with the National Alliance of Market Developers to hold a panel discussion about the urbanization of social media marketing. Noel recommends that small businesses try out Disqus, a third party tool that allows you to comment via Twitter, Facebook, Yahoo, etc. in real time so that you don’t have to log into each respective domain. It also integrates media services such as Flickr and YouTube so you can watch videos or view photos in the comments. The great thing about it is that when you post something people can tweet about it from their accounts. For more advice reach out to Cavaughn on Twitter @Cavaughn. 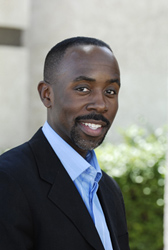 Social Q&A sites allow individuals to establish themselves as experts in a given field, explains Eric Hamilton, founder of The Web Academy, a 501c3 organization that has taught 3,000 entrepreneurs how to build their own websites and mobile applications. If I’m an attorney, I can [build a social Q&A] site to answer questions on law. After I establish myself as an expert people will come to me [for help on] real cases, he says. Like Wikipedia, Quora is one of those sites that let’s you answer people’s questions and establish yourself as an expert on a given topic. It also lets you follow topics or questions that you are interested in learning the answers to. For more advice reach out to Eric on Twitter @EHam06.

General Sentiment monitors social media from the beginning of time and it aggregates news and information from about 50 years ago until now, says Laura Mignott, a mobile marketer and co-founder of DigitalFlashNYC, an organization that creates boutique network events in order to pull digital savvy trendsetters from behind their computers so that they can meet face to face over cocktails. General Sentiment is like Klout on steroids by 1,000%. The site doesn’t just report the facts, but it reports the opinions expressed regarding brands, products, politicians, celebrities, and companies. Then it places value on the brand based on online buzz so that you can get a big-picture, real-time (or over time) snapshot of public opinion of brands or people important to your business. For more advice reach out to Laura on Twitter @LMigno Mike Street, the Senior Digital Strategist for Syndicate Media Group, hasmanaged the social media output for brands like Oscar de La Renta, Time magazine, and Lexus. One of his favorite tools is Tap11, a Twitter manager that recently launched. It gives you a weekly report of your twitter activity and sends it to you in an email, says Street. You can grab snapshots from that to learn what tweets had the farthest reach or what were the impressions of that tweet. For more advice reach out to Mike on Twitter @StreetForce1