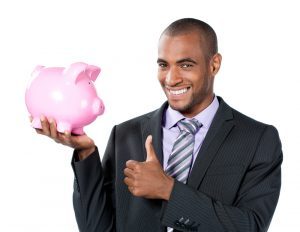 Who are the super savers? Look closely, and you’ll spot them.

His car is in near-perfectÂ condition, but you can’t help noticing that it’s at least nine years old. She never wants to go with you on your weekly shopping sprees, but always looks so fly anywhere else you hang out together. And they have no problem being teased about having a cell phone that is always at least one model year older thanÂ the latest version you spent 12 hours waiting in line to get.

Just about everyone knowsÂ at least one person who never complains about money, even when the economy is bad. They always seem to have enough to meet their needs, splurge occasionally, and deal with unexpected emergencies–even though they may make less money than you do. Chances are, this person is a super saver: Someone who is great at living within their means, saving money, and never spending more than they have coming in.

These people didn’t become super savers by luck, but by adopting some very specific money habits and financial behaviors, which you can also use to get the same results. By learning and adopting the following habits of super savers, you can become one, too.

Super savers don’t jump at the words “SALE,” “TODAY ONLY,” or “LATEST MODEL.” They have zero interest in “keeping up with the Joneses,” and spend money on their own schedule, within their own budget, based on what works for them. As a result, they have no trouble regularly putting money aside for long-term goals and unexpected emergencies.

Super Savers Never Spend What They Save

What do I mean by that? It’s simple: When super savers catch a sale, a great deal, or a discount, they bank the difference between the price they budgeted forÂ and the sale or discounted price. So, if they expected to spend $300Â for shoes, but found a great pair for $175, they bank the extra $125, when most would use the savings to buy something else.

By banking instead of spending their savings, super savers can build an emergency fund, finance their retirement, or achieve other long-term goals. They can even treat themselves–without blowing their budget.

Super savers don’t buy anything just because everyone else has it (or wants it), if it is not in their budget. They don’t upgrade to the latest version or model of any product “just because,” especially if what they have is working just fine for them.

You will never catch a super saver in line waiting for the release of the latest gadget. While you pay top-dollar for that shiny new thing, such as a smartphone or car, he or she will get the previous model–which will almost certainly be just as good as the newest version, but heavily discounted. And, what do they do with the savings? Bank it, of course.

As a result, super saversÂ  rarely walk out of a store having spent more than they intended when they walked in. Of course, this is not always great for salespeople, especially those paid via commissions, but it’s great for a super saver’s finances.

Adopt these habits, and you’ll be on your way to super saver status, too.