40 Examples of The Most Annoying Business Jargon 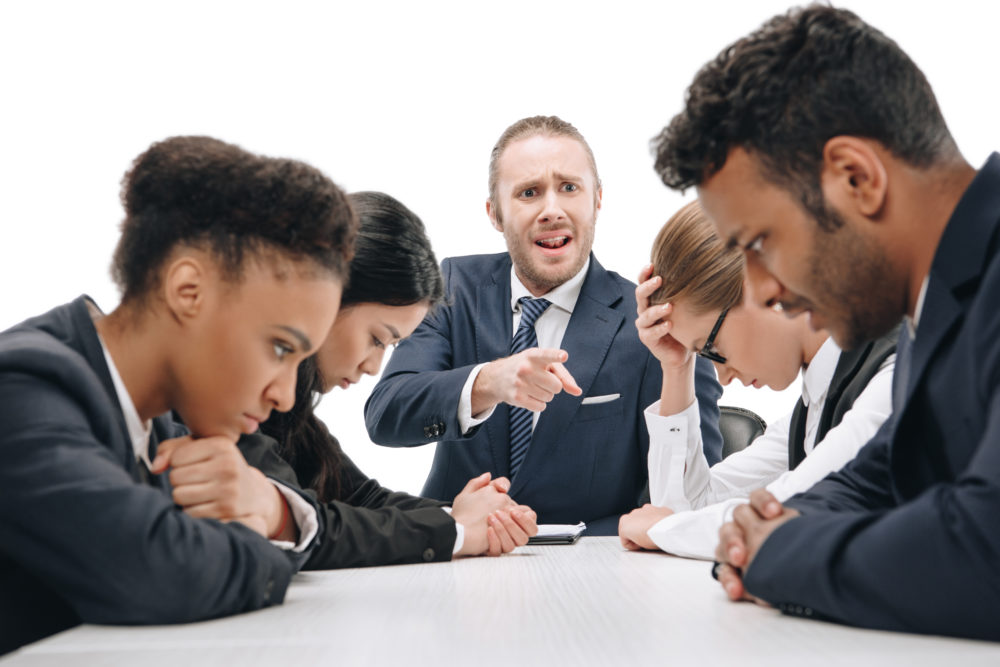 Business jargon, business clichés, corporate speak….these terms refer to phrases we all hear in the office every day that are overused and annoying, and one recent survey has finally confirmed what many of us already know.

New research, conducted by OnePoll in conjunction with Jive Communications, has pinpointed the top 40 phrases used in the workplace that are totally irritating. The findings, according to reports, were compiled after the examination of communication behaviors of 2,000 American workers. If you’ve constantly been told to “think outside the box,” or have ever been accused of “throwing [someone] under the bus,” your secret bathroom complaint sessions have now been validated by research.

Several of the phrases are quite old-school and might remind you of things a nagging grandmother or baby boomer from the typewriter-filled offices of yesteryear might say, so it’s quite interesting to see that these are still communication mainstays wreaking havoc on professionals’ nerves. “Don’t count your chickens before they’re hatched” made it to No. 6, “barking up the wrong tree” landed at No. 16, and “best thing since sliced bread,” got No. 27 on the list.

Other often-used, seemingly relevant and fitting phrases like “Give it 110 percent” (at the top spot) and “win-win situation” (at No. 10) might leave you wondering, “Well, what else am I supposed to say?”

Experts recommend expanding your vocabulary and tailoring your communications to be more personable in the workplace. The Johnson O’Connor Research Foundation offers suggestions for expansion of vocabulary including reading more books and using a dictionary and vocabulary workbook to get in the habit of using different words and phrases correctly.

Also, take a few cues from writers, who are often tasked with being super-conscious of overusing common words and clichés. UNC’s The Writing Center offers writing tips that can surely be used by professionals in their verbal on-the-job conversations, including: “Stop and think about what you’re trying to say. What do you really mean? Say your answer out loud and then write it down. List the main ideas that you want to convey in each sentence, and then list synonyms of each idea underneath. Pull out a thesaurus if necessary. This method leaves you with a list of many words, and you can pick the most fitting combination.”

40 Examples of The Most Annoying Business Jargon

Think outside the box

Throw them under the bus

Let the cat out of the bag

Take it to the next level

Barking up the wrong tree

Run this up the flagpole

Back to square one

There’s no I in team

Here are even more business clichés that you may want to avoid in order to come across as a truly original thinker and speaker:

Back to the drawing board

Elephant in the room

Skin in the game

Kept in the loop

I’ll loop you in

Hit the nail on the head