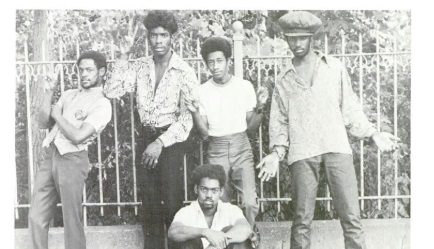 The Dawn of the Black Record Labels

In their heyday, black music recording and publishing businesses/black record labels were among the most imperious companies on the BE 100 lists. Dominant players largely in the 1970s, they included Motown, the Stax Organization, Sussex Records, and the Great Philadelphia Trading Co. Ltd.

A huge reason for their success is that they had a Dream Team of founders and CEOs, including Berry Gordy, Al Bell, Clarence Avant, and Kenny Gamble. These men were masterminds of companies that made soul music a critical part of America’s pop culture.

Take Gordy, an entrepreneur who built Motown Records into one of the nation’s most successful black-owned music companies ever. Its

But Gordy was not the only black icon in the music industry. Another was Al Bell, the former owner and chairman of Stax Records. After arriving at Stax in 1965, he transformed the company from being $90,000 in debt to racking up revenues of more than $1.5 million within nine months.

Known for his marketing and promotional savvy, Bell helped Stax become a major record label that produced gold and platinum hits with artists that included Isaac Hayes, the Staple Singers, and Johnnie Taylor.

After his Stax career, Bell was recruited in the 1980s by Berry Gordy to become head of Motown Records Group. Bell and Gordy led the sale of Motown to the MCA Inc. and Boston Ventures Group for $61 million. Bell later launched Bellmark, his own label, whose releases included the Tag Team single “Whoomp! (There It Is ),” a song that was No. 2 on the Billboard Hot 100 charts in 1993.

Often called the “Godfather of Black Music,” Clarence Avant helped Bell sell Stax Records to Gulf & Western for $4.3 million in 1968. A year later, he launched Sussex Records. One of the label’s best-selling artists was Bill Withers, whose top hits included “Ain’t No Sunshine,” “Lean On Me” and “Use Me.”  Sussex Records was No. 46 on the BE Top 100 in 1975 with over $5 million in revenue.

In the ’70s, Avant also founded Tabu Records, which signed Kool & the Gang. Further, Avant launched the careers of Jimmy Jam and Terry Lewis, the incredibly successful pop and R&B producers, as well as Alexander O’Neal and the S.O.S. Band. Avant helped promote Michael Jackson’s first solo tour, “Bad,” which became one of the largest tours of all time. Avant also served as board chairman of Motown Records during his career.

Other black trailblazers in the nation’s music industry were Kenneth Gamble and Leon Huff, creators of the Philly (Philadelphia) Sound. Assisted by Thom Bell and others, their company produced some of the most popular soul music hits of the 1970s. They included “If You Don’t Know Me By Now” by Harold Melvin & the Blue Notes; “Back Stabbers,” “For the Love of Money,” and “Love Train” by The O’Jays; and “Me and Mrs. Jones” by Billy Paul.

Gamble and Huff wrote and produced 175 gold and platinum records, gaining them entry into the Rock and Roll Hall of Fame in the non-performer category in 2008.