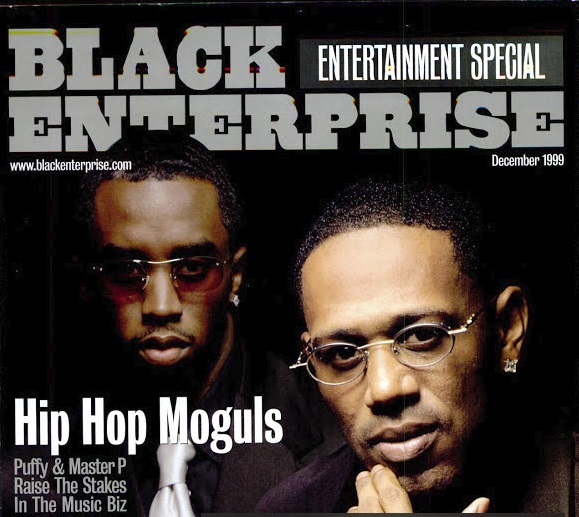 2002: Hip-Hop is Recognized as a Global Economic Force

The leader of this business and cultural phenomenon that is hip-hop is none other than BE 100s CEO Russell Simmons, head of 2002 Industrial/Service Company of the Year, Rush Communications, and founder of Phat Farm and Def Jam Recordings.

The co-founder of such iconic brands like Def Jam Recordings and Phat Farm, Simmons nurtured hip-hop into a cultural force and helped make it a lucrative business. In fact, some observers often parallel the mega impact Simmons had on the hip-hop scene to what legendary entrepreneur Berry Gordy did when he brought soul music to America’s mainstream.

The trailblazing record label Def Jam helped start the careers in the 1980s and 1990s of many significant artists, including LL Cool J, Public Enemy, the Beastie Boys, and Run-DMC. Def Jam was part of Rush Communications, the umbrella company for all of Simmons’ enterprises.

Via his Def Jam venture, Simmons produced music, comedy shows, and motion pictures. His Phat Fashion L.L.C. sparked the billion-dollar urban attire industry. He was a mentor to multiple entrepreneurs in the entertainment and fashion businesses.

Many of Simmons’ biggest feats came from strategic moves he made in the 1990s and 2000s, showing his astute skills in business and promotion. Some top deals included the launch of Def Comedy Jam on HBO in 1991. Its stars included Chris Rock, Jamie Foxx, Cedric the Entertainer, and Steve Harvey. Two years later, Simmons started Phat Farm and Baby Phat. Both labels sold for $114 million in 2004.

Exiting before the music industry crashed, Russell sold his last shares of Def Jam for $100 million to the Universal Music Group in 1999. Nine years later, he launched Global Grind, a hip-hop blogging political site with some 40 million fans.

By 2011, Forbes reported Simmons had a net worth of $340 million. Still a business mogul, he continued to divest. Last year, prepaid debit card provider Green Dot paid $147 million to acquire UniRush L.L.C., the company that makes the RushCard, co-founded by Simmons in 2013.

Yet Simmons’ journey has come with some adversity. A number of media outlets have reported that Simmons has been accused of sexual misconduct spanning three decades and extending from assault to rape by several women. The news came after allegations surfaced last November, causing Simmons to remove himself from his companies. The allegations prompted J.C. Penney and HBO to halt doing business with Simmons.

Simmons has disputed the accusations.