5 Movies to Watch This Thanksgiving Weekend 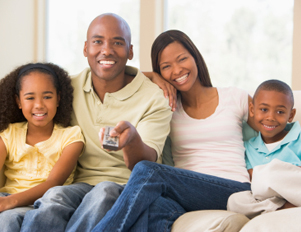 Beyond feasting on turkey and bonding with family, Thanksgiving weekend is the perfect time to relax and watch movies. Here are a few TV classics and movies to add to your weekend lineup.

Soul Food
Food is the bond that ties us together. Throw in a little dysfunction and you have a comedy-drama film about an African American family (starring Vanessa Williams, Nia Long, Mekhi Phifer, Vivica Fox, and more) plagued by conflict, jealousy, sisterly turmoil, and family secrets.

A Charlie Brown Thanksgiving
A 1973 classic movie created by Charles Schulz. “Peppermint Patty invites herself and her friends over to Charlie Brown’s for Thanksgiving, and with Linus, Snoopy, and Woodstock, he attempts to throw together a Thanksgiving dinner.”

Planes, Trains, and Automobiles (1987)
Over the course of three days, a man (Steve Martin) struggles to get home to Chicago from New York City in time for Thanksgiving. He meets a clumsy shower curtain ring salesman (John Candy), who lives by a different set of rules.

Catch these films in theaters.

“Snoopy embarksÂ upon his greatest mission as he and his team take to the skies to pursue theirÂ arch-nemesis,Â while his best pal Charlie Brown begins his own epic quest back home.”

“The former World Heavyweight Champion Rocky Balboa serves as a trainer and mentor to Adonis Johnson, the son of his late friend and former rival Apollo Creed.