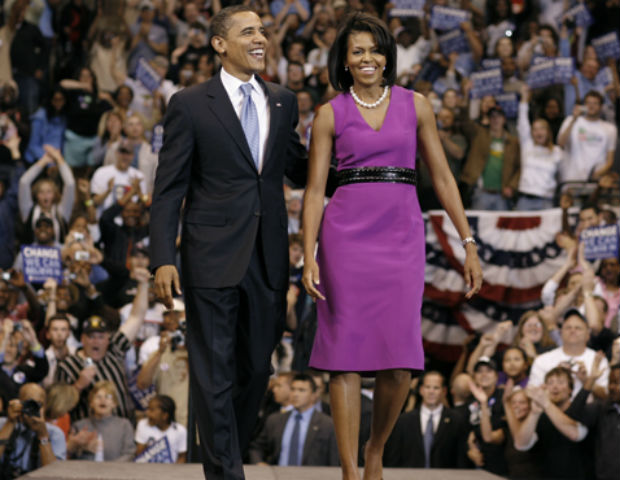 The Obamas reside in the Hyde Park neighborhood Chicago. Will they bring the 2024 Games to their hometown?

Chicago is one of 35 cities the United States Olympic Committee sent a letter to gauge its interest in hosting the the 2024 Summer Olympic Games. Chi-town was chosen for the shortlist to host the Games in 2016, but didn’t make it past the first round, losing out to Rio de Janero.

This is a major embarrassment. If he’s prudent and concerned about the future of his city, Mayor Rahm Emanuel will think long and hard about putting some serious financial and political muscle together to make a stronger bid. In 2024, Barack Obama will be a superstar former president, an elder statesman (and let’s be honest, a Nobel Prize winner) with a bottomless well of political cache and worldwide recognition. Here are a few reasons Chicago can, and should get into the 2024 Summer Olympic Games mix. [Editor’s note: A spokesman from the mayor’s office said Tuesday that Chicago was not interested in making a bid. Which is kind of why we’re writing this piece.]

1. Summertime Chi! a.k.a. Chicago is freaking awesome in the summer. OK so here is something you don’t say everyday: Kanye said it best. The sweltering heat, the amazing food, Lake Michigan (the beach!), the White Sox, Wrigley Field — how did Atlanta get the Summer Games before Chicago, again?

2. Chicago is the United States’ best bet. We’re not oddsmakers over here at BlackEnterprise.com, but really, if not Chicago, then where? If you’re over 35, chances of witnessing the Olympic Games on American soil in your lifetime is a pretty dicey proposition. There have been grumblings about Seattle, Houston and Denver, but the chances of the IOC being blown away but that trio of cities seems unlikely. It’s Chicago. The quicker we can all the accept this, the faster we can move on.

3. Chicago sure could use the positive press. How concerned was the White House about the fate of the American city with which it’s most closely aligned? It sent the First Lady to the funeral of Hadiyah Pendleton, the teen who, days after performing in the Inaugural parade in Washington, was murdered in Chicago. President Obama last Friday delivered an impassioned and deeply personal speech in his neighborhood, asking Congress to allow a vote on gun control. In Chicago, there are more pressing matters than games. But we’re better for them nonetheless.

4. The Obama Presidential Library just might be located in the South Side. Several media outlets in recent months have reported that pockets of insiders in Hawaii and Chicago with interest expressed preliminary interest in making formal bids. While Obama’s presidency is far from over — and his agenda for the next four years has been both critiqued and lauded for its ambition — there are high hopes from many in Chicago already embracing the idea of a state-of-art edifice whose scale and grandeur might match the historic nature of the subject’s presidency. The Olympics would put such a project on the world’s stage, a “magnet for tourists and scholars, and exist as a singular place where the Obama presidency would be preserved for history,” as eloquently put by the Chicago Tribune. This. Has. To. Happen.

5. A 26-year-old Malia Obama will lead the U.S. Womens Basketball team to a gold medal in her hometown. Okay, so that’s not totally serious, but it is actually kind of serious. Let’s take into account a couple of factors. Malia is 14 and five-foot-ten. Her uncle, Craig Robinson, was a basketball star at Princeton and Division I heach coach. Her dad, a former Hawaii state champion, is not half bad either.

What are your thoughts? Sound off in the comments or @ us @blackenterprise on Twitter.