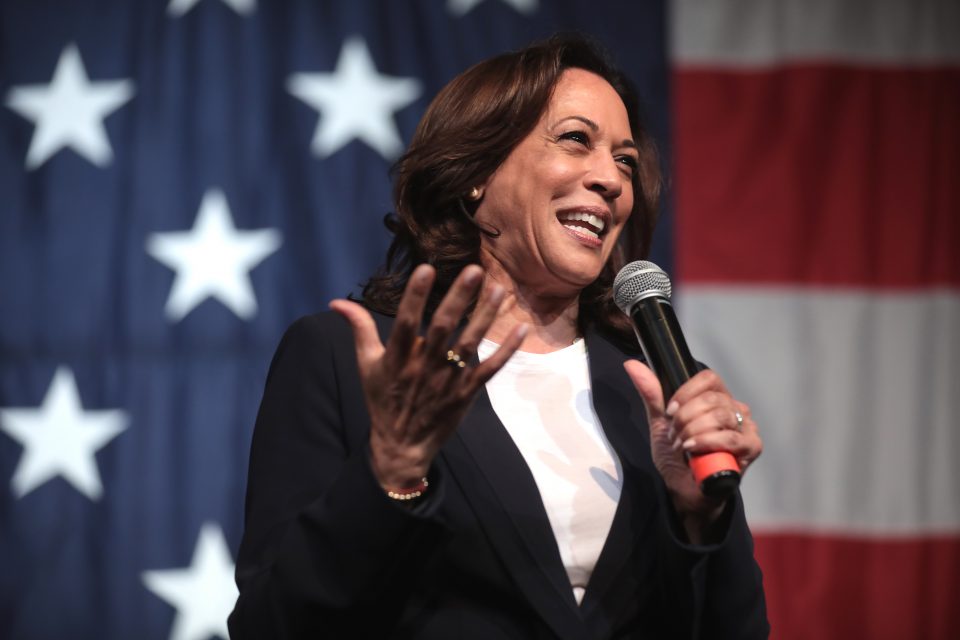 2020 has been a historic year, to say the least, defined by a global pandemic, the resurgence of the Black Lives Matter movement, and one of the most important elections in U.S. history, which saw the election of the first Black woman as major party’s vice-presidential candidate.

Sen. Kamala Harris may well become the United States’ first female vice president. Her long list of firsts is embodied in a career spanning over 30 years. She started as a deputy district attorney in California. And went on to become the first woman, the first African American, and the first South Asian American to hold the office of Attorney General in the state’s history. She later became the second Black woman to be elected as a U.S. senator.

Harris’s impressive career offers many valuable lessons. We can all learn from her historic rise to fame and her storied career as the daughter of immigrants. Here are five career characteristics we can take away from Kamala Harris.

The California senator has shown incredible career ambitions. As a district attorney, she gradually set her sights on higher positions and looked for opportunities to advance her career. During her Senate campaign, she was the first candidate to declare her intention to run for the open Senate seat.

Before becoming Joe Biden’s political ally, she had her sights set on the presidency. Harris faced off against Biden in the 2020 Democratic Party presidential primaries before being chosen to be Biden’s running mate.

Career Takeaway: Having career ambitions is important to career advancement. It means you have a desire to elevate your career by moving from one position to the next. Usually, this is called climbing the corporate ladder. But it’s not just about waiting and hoping for a promotion. It involves actively seeking new opportunities to advance. This could be at your current company, or it could mean switching jobs completely.

From the outside looking in, it seems like the Howard University grad was very intentional and strategic about her career. Each move seemed carefully planned and calculated. From her time as district attorney to the attorney general to U.S. senator, she gradually progressed to higher roles. Her career seemed to follow an upward trajectory that involved hard work, determination, and sometimes making tough decisions.

Career Takeaway: In any career, it’s important to be strategic, intentional, and purposeful. This means outlining both your personal and professional goals and creating a plan to reach those goals.

Many argue about Harris’s strong actions as a public prosecutor, especially regarding the African American community. But when confronted about her track record during CNN’s Democratic presidential debate, Harris made it clear she was proud of the work she did and the goals she accomplished during her time in office.

“I did the work of significantly reforming the criminal justice system of a state of 40 million people, which became a national model for the work that needs to be done. And I am proud of that work.”

In her role as a prosecutor, it seems she made a lot of difficult decisions, but any job where your decisions directly impact someone’s life is going to come with controversy.

Despite this, her goals always seemed to be clear. She worked to reform the criminal justice system in California, including launching a program that gave first-time drug offenders the chance to earn a high school diploma and find employment.

Career Takeaway: Having clearly defined career goals for each of your roles will help you to stay focused on what you are trying to achieve in both your professional and personal life.

Throughout her career, Kamala has created a proven track record of results. Key career highlights include a $25 billion settlement for California homeowners hit by the foreclosure crisis, defending California’s landmark climate change law, protecting the Affordable Care Act, and helping to win marriage equality for all Californians.

Career Takeaway: Results often speak for themselves, and in any career, articulating your career milestones and successes will help distinguish you from others.

President Barack Obama noted Harris, “made a career fighting to help others live out their American dream.”

A passion that was first inspired by her mother, an Indian-American immigrant, activist, and breast cancer researcher, and her father, a Jamaican-born economist and professor emeritus at Stanford University.

Career Takeaway: People passionate about their careers have a strong understanding of their personal goals, values, and the impact they want to make. They understand that they aren’t just working at a job. They are building a career they can be proud of because they are doing something that means a lot to them and makes a difference.

The Highs and Lows

Careers are filled with highs and lows, but if there is anything we can learn from Harris’ career, it’s to stay focused, determined, and steadfast. Harris didn’t just wake up one day and get selected to be Joe Biden’s vice presidential pick. She built a long and successful career by proving her skills and talents over the years with each of her roles.

As a child of immigrants, a woman, and a woman of color, society said there was a lot stacked against senator Harris. But her historic career achievements are proof that we can rise above our circumstances to create a career and life we love.

Final Career Takeaway: Carefully plan out your career goals based on your passions, the impact you want to make, and the lifestyle you want to live and work toward creating a plan to achieve those goals.

Tiffany Trotter is the founder of BraveSelfStarter, a community dedicated to helping self-starters navigate careers and personal finance. Check out her YouTube Channel for more career and personal finance tips. She is also a children’s book author committed to spreading gender positive messages of bravery and confidence.