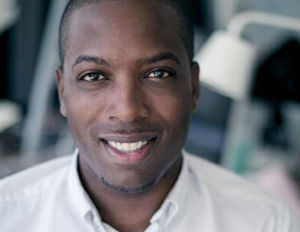 It’s been proven time and again that African Americans, Hispanics, and women are largely underrepresented in the technology field. A 2011 CNN report found that ethnic minorities and women are generally underrepresented in management roles–white and Asian men typically dominate those roles. A 2010 report by CB Insights found that less than 1% of venture capital-backed Internet companies were founded by African Americans. Sure, the statistics are alarming and the reasons for the lack of diversity in the technology industry is debatable, to say the least, but it doesn’t mean African Americans have not successfully forged their own career paths in technology. Check out some of the best pieces of career advice from a few African American trailblazers who have launched successful careers in technology.

Tristan Walker, CEO ofÂ  Walker & Company Brands, which makes health and beauty essentials for people of color. As one of the most successful African Americans in the technology industry, Walker shared his biggest failure and best piece of advice to entrepreneurs on building a great business.

“Being too safe earlier in my life. I thought I had to work on Wall Street to make my mom proud. I had no idea Silicon Valley even existed.â€

“You need to pursue the idea for which you are the best person in the world to solve that problem. It can be freeing. Even though other people may not see it and may tell you that you are wrong, if you are connected to that thing and know you are right, you can succeed. If you are doing something different, someone else with that same idea but with more authenticity will crush you. Jonathan Ive from Apple said in an interview that customers can discern care for a product and they can also discern carelessness. When you are authentic, you care more and that comes through in the product and the brand in such a compelling way that customers will believe it.â€