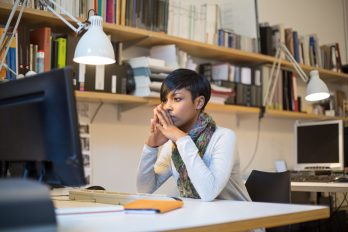 The New Year is a great time to learn new things. If you are an IT professional (or want to get into the technology field), tech career site Dice.com offers great advice.

Dice lists the five top technologies most used to build out computing platforms. According to the site’s research, these technologies are not likely to become outdated anytime soon.

Go and Rust,Â are two relatively new programming languages. Go was created by Google and Rust was started by a former Mozilla developer. Programmer and blogger Dave Cheney offers useful information (https://dave.cheney.net/2015/07/02/why-go-and-rust-are-not-competitors) on the two languages:

Go is focused on making large teams of programmers efficient, through rigid application of simplicity–ideas that are not simple or lead to non-orthogonal corner cases are rejected.

Rust is focused on a class of programs that cannot tolerate unsafe memory access (neither can Go, I don’t think there is any appetite for a new unsafe programming languages) or runtime overhead–ideas that are unsafe, or come with overhead, are rejected or at least pushed out of the core language.

Go seems to have been more widely adopted since the popular container application Docker was built from Go. However, both languages are valuable to learn.

Git is an application that developers use to collaborate on coding projects. It’s specifically a Version Control System. Git keeps snapshots of code so that everyone knows who made what changes and edited code can be restored to a prior version. It is a must-know utility for coders.

HTML is the language used to create web pages. It’s been around a long time, so some may think it’s not worth learning or mastering. Yet, it is. It’s still widely used and very helpful for building and customizing web pages.

As per Dice, “there is one programming language that you should know, it’s Python.â€ It’s billed as the general all-purpose programming language. Python is used for so many purposes: to create games, back-end web platforms, data analytics, and more. Plus, the consensus is that it’s a good language to learn for those new to coding.