Beware These 5 Types of Workplace Discrimination 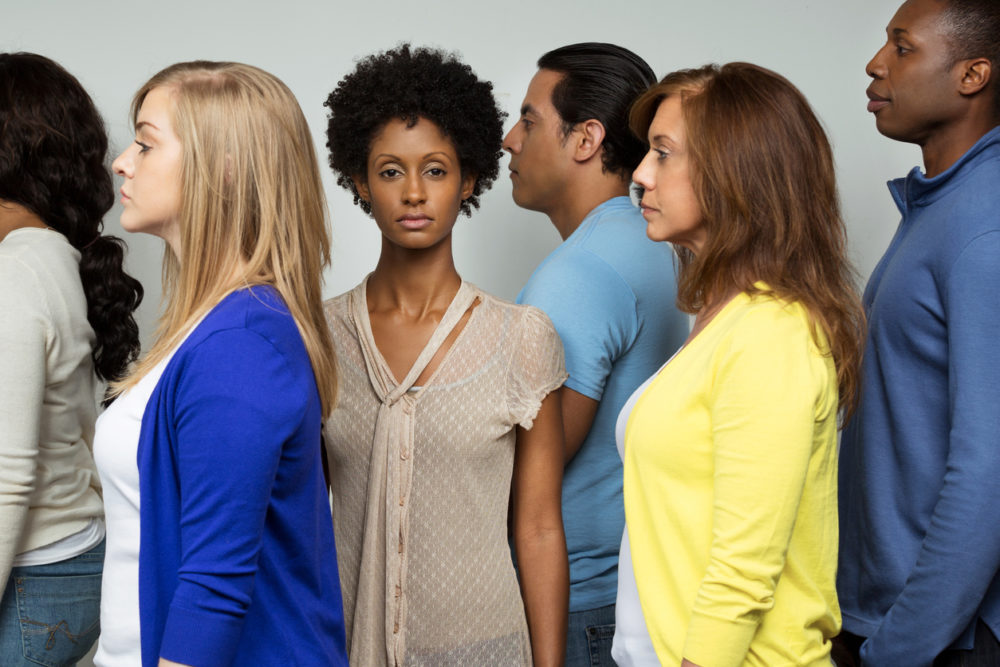 Workplace discrimination is real and occurs more often than you would expect.  However, many instances go unreported, because individuals aren’t aware of their legal rights and how to file a formal complaint.  It is imperative that employees learn their Equal Employment Opportunity (EEO) rights, so they do not fall victim to such discriminatory practices.

While many companies provide formal EEO training to ensure employees have a clear understanding, many simply provide handouts during new hire orientation and require a signature acknowledging receipt.  The responsibility is then placed on the employee to read the EEO policies and develop a clear understanding of the organization’s process, so that, in the event of a situation, they know how to move forward.

Employees not only have the right to file discrimination complaints within their organization,  but also with their state civil rights commission and the U.S. Equal Employment Opportunity Commission (EEOC).  The EEOC is the federal enforcement agency responsible for enforcing laws that make it illegal to discriminate against a job applicant or employee, because of the person’s race; religion; gender or sexual orientation, which includes factors such as pregnancy or gender identity; national origin; age, specifically 40 or older; disability; or genetic information. The EEOC records annual statistics on the various types of discrimination charges filed in each state as well as the outcomes, so the public can be made aware.

Here are five of the most common types of workplace discrimination, as well as example scenarios of each, and information on where you can learn more about your rights as an employee:

1. Age Discrimination: Occurs when you are treated unfairly due to your age.

The federal Age Discrimination in Employment Act (ADEA) protects individuals ages 40 and over. However, if you live in a state like Maryland, there may be laws that prohibit discrimination regardless of your age.

The EEOC and City Colleges of Chicago recently agreed on a $60,000.00 settlement for an age discrimination case. EEOC charged Harold Washington College with age discrimination after failing to hire a 66-year-old adjunct professor for a full-time position. Although she met the qualifications and was highly recommended by full-time faculty members of the institution, she was not selected, and instead, two younger and less experienced individuals got the jobs.

2. Disability Discrimination: Occurs when you are treated unfairly due to your disability.

The federal Americans with Disability Act Amendment Act (ADAAA) states that qualified individuals with disabilities have the right to be treated fairly, as it relates to employment. Additionally, individuals with disabilities may request a Reasonable Accommodation to assist them with performing the essential functions of their job, as long as it does not create an undue hardship on the company’s business operations.

The EEOC recently sued an operator of a Kentucky Fried Chicken in Dublin, GA for disability discrimination. The lawsuit states that the restaurant owner fired its manager when it was revealed that she was taking medication for bipolar disorder. The lawsuit also states that the manager was forced to discard of her medication by flushing it down the toilet. Additionally, the manager apparently informed the owner that she would be continuing to take her prescribed medication for her disability, and at that point, the owner terminated her employment.

Click here to learn more about disability discrimination from the EEOC.

3. National Origin Discrimination: Occurs when you are treated unfairly due to your birthplace, your accent, or because you appear to be of a certain ethnic background.

This type of discrimination can also be imposed on an individual, because his or her spouse is of a certain national origin.

The EEOC and Antonella’s Restaurant & Pizzeria recently agreed on a $50,000.00 settlement for a national origin discrimination case. The lawsuit stated that Hispanic employees were subjected to a hostile work environment because of their national origin, and they endured slurs, name calling, and more on a regular basis. The lawsuit also stated that the Hispanic workers were required to speak English only while at work, although it was not a legitimate requirement for them to perform their jobs.

Click here to learn more about national origin discrimination from the EEOC.

4. Religious Discrimination: Occurs when you are treated unfairly due to your religion or religious affiliations.

It is important to note that if you are in need of an accommodation due to your religion, you may request this from your employer. For example, if you choose to wear specific clothing; need time to pray/meditate; or modify your work schedule to reserve the Sabbath, attend Jumuah, and more; this may be requested as a religious accommodation. However, you will need to justify your request with appropriate documentation. Furthermore, there is no guarantee that your request will be approved, especially if it causes an undue hardship on your organization’s business operations.

The EEOC and HopsitalityStaff recently agreed on a $30,000.00 settlement for a religious discrimination case. HospitalityStaff failed to accommodate a Rastafarian employee when they required him to cut his dreadlocks in order to comply with its client’s grooming standards, and ultimately keep his job. The employee was also removed from his work assignment. The employee’s Rastafarian religious beliefs were totally disregarded in this matter, which was a clear violation of the law.

Click here to learn more about religious discrimination from the EEOC.

5. Gender/Sex-Based Discrimination: Occurs when you are treated unfairly due to your sex, gender identity or expression, or sexual orientation.

An employee can be discriminated against simply because of their sex, whether male or female. Sexual harassment is also a form of sex-based discrimination.

There are two forms of sexual harassment. One is called quid pro quo harassment, which means “this for that,” and this occurs when someone in a position of authority takes advantage of this role by propositioning or even just alluding to the possibility of exchanging sexual favors for something else, such as a raise or promotion, to other employees. The second form of sexual harassment is a hostile work environment, which occurs when one is subjected to ongoing and severe sexual misconduct. This could range from jokes, slander, as well as nonverbal gestures of a sexual nature that interfere with your ability to perform your job and function in the workplace.

The EEOC and Special Education Associates, Inc., recently agreed on a $57,000.00 settlement for a sex discrimination case. The EEOC’s complaint stated that the company’s CEO asked a job candidate out on a date after he had extended a job offer to her. The candidate declined the invite for the date and requested to remain professional going forward. However, the company decided not to hire her, and instead, hired a male candidate.

Lastly, the EEOC recently began to recognize sexual orientation and gender identity/expression as a form of sex-based discrimination. The EEOC recently sued Apple Metro Restaurant Chain, which operates numerous Applebee’s Neighborhood Bar and Grill restaurants in New York City, for sex discrimination and retaliation. The EEOC’s complaint states that the company subjected a transgender employee to inappropriate comments about her gender identity and expression. Furthermore, after the employee complained to management several times, she was fired.

Click here to learn more about sex-based discrimination from the EEOC.

If you believe that you have been subjected to any of these types of workplace discrimination, document all incidents carefully, and contact your company’s human resources department to file a discrimination complaint. If you are not comfortable filing a complaint with your organization, you can exercise your right to file with your state’s civil rights agency or the federal Equal Employment Opportunity Commission (EEOC).

Visit their website at www.eeoc.gov to learn where the closest office is to you.