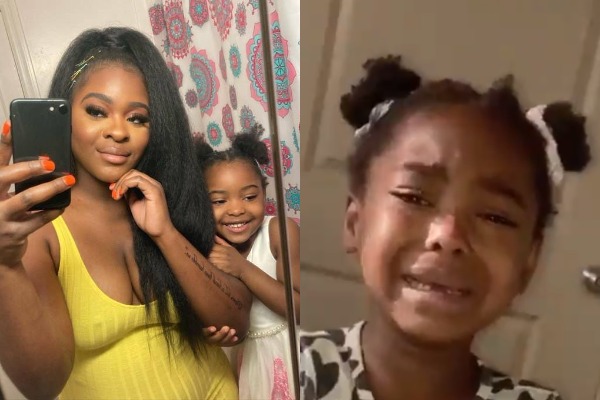 A mother regrets allowing her 5-year-old daughter to watch the classic Men In Black movie because now she thinks her mom is an alien.

The 30-year-old mom and poet, Kira J, captured the now-viral moment when she showed little Nala-Joye her passport after they watched MIB.

“My daughter found my passport today & she thought it was paperwork to show I’m an alien 👽😂. Shoulda never let her watch MIB,” Kira captioned the viral tweet.

Garnering over 35,000 retweets and 6,000 responses, many Twitter users got a good laugh at the comical moment.

“This how I know I can’t have kids cuz I would have started speaking beep bop and trolling her harder,” one user said.

Someone else suggested the mom slip an alien photo into one of their family pics.

I'm a bad person because I would've slipped one of these into the family pictures. pic.twitter.com/0GYhhuwRDX

“Bruh, i def wouldve ran with it too. Even better, my dad doesnt have a belly button so that wouldve sold it even more,” added someone else.

“Oh, and if you’re wondering if she’s dramatic because she’s one of those. Yes, yes she is,” Kira captioned one tweet that included a video of little Nala throwing a fit in the backseat of the car.

Oh and if you’re wondering if she’s dramatic because she’s one of those. Yes, yes she is https://t.co/MWP5S82ZW9