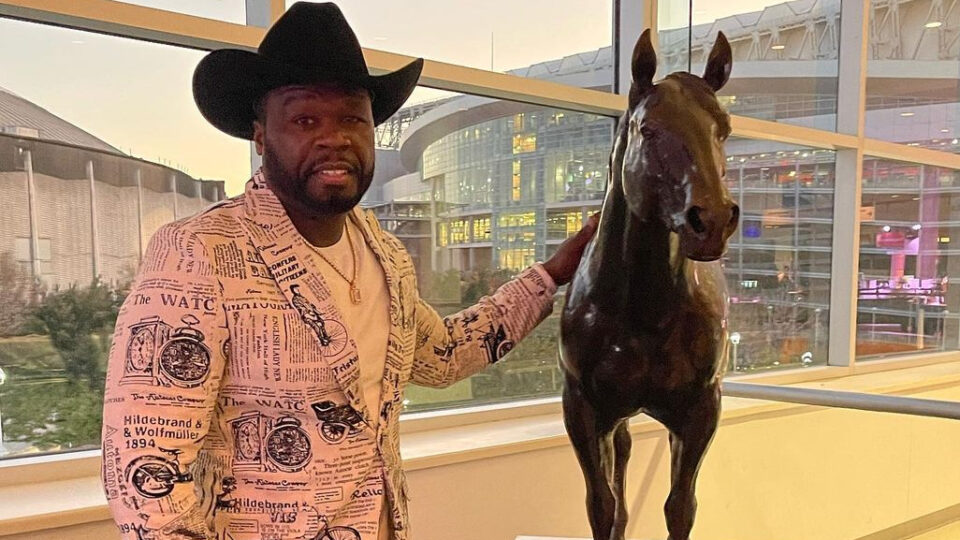 50 Cent‘s latest acquisition “cost more” than a “Rolls Royce” thought it’s something you can enjoy in the club.

According to Click2Houston, on Sunday the I Get Money rapper was in Houston attending the annual Uncorked! International Wine Competition at the Houston Livestock Show and Rodeo. The competition draws wealthy patrons looking to purchase expensive wines from 17 different countries, including France, Spain, Italy, Israel, Peru, Argentina, and South Africa.

50 Cent went to his Twitter account to announce that he had bought a bottle of wine that’s more than most people make in a year.

so i finally won a bid at the win auction, your a nobody till you win a bid at the wine auction. now i have bottle of wine that cost more then Rolls Royce. 😕i just got excited. #bransoncognac #lecheminduroi pic.twitter.com/uNktRAzd00

50 Cent, who was dressed in cowboy gear, owns and operates Sire Spirits. The purchase was made under the spirits company as it bought the Top Texas Wine, Hye Meadow Winery Boooom Red, Texas High Plains, 2017, for a reported $125,000.

This isn’t 50 Cent’s first time at the annual event. Last year, he put in an unsuccessful bid on a bottle that sold for $175,000 at the same event. The Power executive producer did win the Grand Champion title at the International Wine Competition for his Le Chemin du Roi champagne last year.

It’s been a busy stretch for the former Curtis Jackson. In February, he performed at the Super Bowl’s halftime show. In January, he and reality TV queen Mona Scott-Young announced they will attempt to find the killers of noted rappers, according to Deadline.

The unscripted series, Hip Hop Homicides, will be produced by 50 Cent’s  G-Unit Film & Television, along with Scott-Young’s Monami Productions and Lionsgate Television.