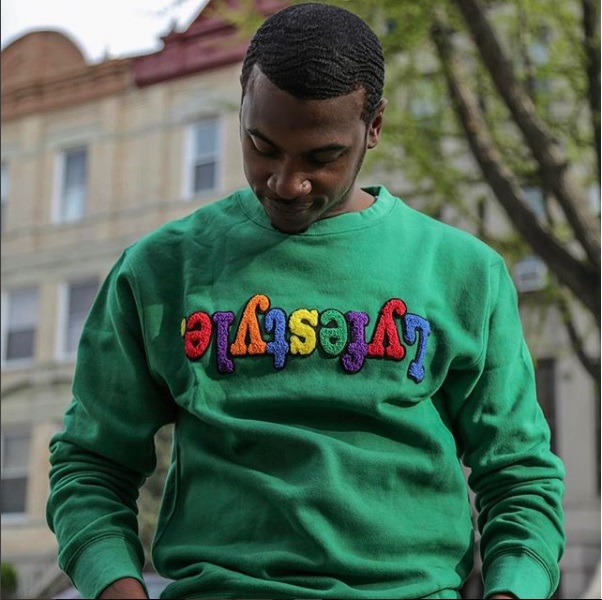 At the start of New York Fashion Week (NYFW) and just in time for Valentine’s Day, Beyoncé released a new Valentine’s Day-themed collection of merchandise on her website. The 10-piece capsule includes phone cases, hoodies, T-shirts, and undergarments inspired by her hit songs. The pieces, which range from $30 to $60, make the perfect gifts for a significant other, especially if you’re planning to “Buy Black” for bae for the holiday.

But even if you’re not celebrating Valentine’s Day, there’s always a reason to support the fashion designers who strive to overcome notorious racial barriers within the industry. Here’s a mix of black fashion designers to get to know, celebrate, and support—from legends like Dapper Dan to the up-and-coming talent making a splash.

At just 29 years old, designer LaQuan Smith is making waves in the fashion industry. The native New Yorker is responsible for the sleek, body-hugging dress that Beyoncé wore as she presented Colin Kaepernick with the Muhammad Ali Legacy Award at Sports Illustrated’s Person of the Year Awards in December. Smith’s signature sexy, show-stopping pieces have also been flaunted by fashion trailblazers such as Lady Gaga, Rihanna, and Kim Kardashian West.

Kerby Jean-Raymond, founder of the Pyer Moss label, is renowned for using fashion as a fierce weapon of force to address and combat social injustice. Back in Fall 2015, the Haitian-American designer kicked off a presentation at NYFW with a 15-minute video about police brutality and black empowerment. The Pyer Moss’ Spring 2016 Menswear Collection infused video, street art, and fashion to spotlight the Black Lives Matter movement.

Jean-Raymond also delivered a powerful message on Saturday during a NYFW presentation inspired by the black cowboys of the 19th century. The collection featured Western-style jackets and shirts and a piece bearing the Pan-African flag. In the backdrop, a live gospel choir led by multi-platinum musician Raphael Saadiq sung uplifting songs like Kendrick Lamar’s politically-charged anthem “Alright.”

For a Custom Fit: Dapper Dan

Daniel “Dapper Dan” Day pioneered luxury hip-hop fashion in the 80s and 90s by remixing high-end brands into urban streetwear. However, after closing shop 25 years ago, the legendary designer opened a new store in Harlem this year similar to the famous Dapper Dan Boutique that closed in 1992— but this time with a Gucci twist. Rather than recreating luxury brands into urban streetwear without authorization, now Gucci provides Dan with fabrics, prints, and patches to design customized bespoke pieces. In addition to made-to-order garments, the Harlem couturier has limited-edition ready-to-wear items and accessories available for purchase.

Born in Brooklyn, Lyfestyle captures the essence of New York City urban art, style, and flavor. The brand was birthed from the imaginations of four friends who loved the lavish fashion on Fifth Avenue but were limited to shopping on a SoHo budget. That inspired the group to launch their own apparel line in 2010, which uniquely bears the brand’s signature logo upside down. Lyfestyle co-founder Kamau Harper says the stylized logo is a creative expression of individuality that always appears right side up when viewed by the person wearing the clothes.

The streetwear is making waves and growing in popularity largely thanks to hip-hop heavyweights like Cardi B, Chance the Rapper, and Diddy, who have been seen wearing the brand.

For Ready-To-Wear: Colour by Nandi Madida

Hailing all the way from South Africa, Nandi Madida presented a beautiful Autumn/Winter 2018 collection at NYFW on Saturday showcasing her line Colour in collaboration with designer Josh Patron. Models ripped the runway in bright and bold fabrics and patterns that extruded the elegance and sophistication of an African queen. The designer and international media personality launched Colour in 2016.

For the Culture: Abdju Wear

Abdju Wear is a new clothing line that sports high-end clothes and sneakers at affordable prices. The brand offers everything from polo-style shirts to hightop sneakers in traditional Pan-African flag colors. The designer, Bobby West, aspires to become a staple in black fashion the same way that Ralph Lauren has become one of the most iconic brands in the country.

“We are taking the hood out of the community one shoe at a time,” said West in a statement. “Abdju Wear is dedicated to building the African American community with a product that will transform the hoods back into a community. The starter of Abdju Wear have been volunteering in the black community for over 17 years. We have created a product that will stimulate the community with small business opportunities. We are bringing pride back into the marketplace with the red, black, and green.”