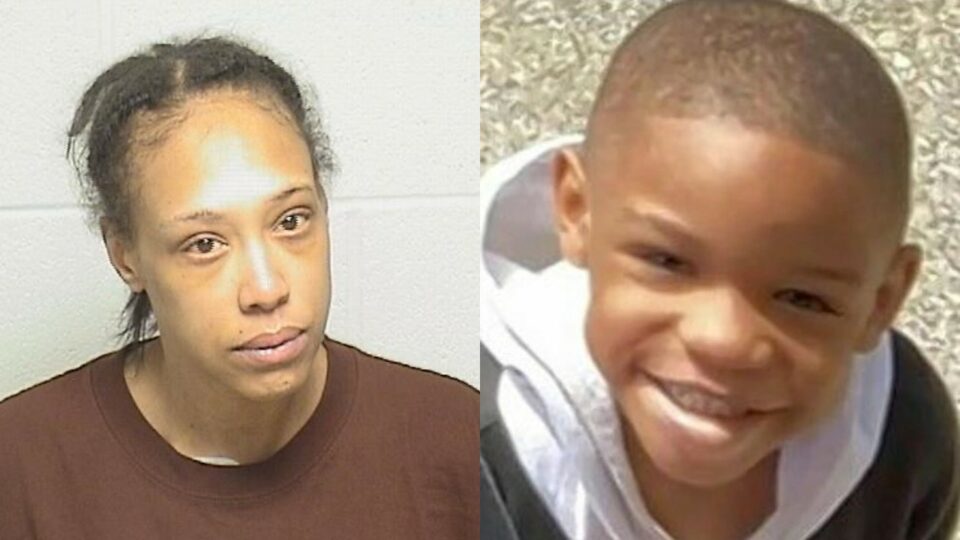 A Chicago mother is in police custody, facing charges related to the murder of her 6-year-old son, Damari Perry.

Jannie Perry, 38, was charged with first-degree murder and concealment of a homicidal death in connection with the death of her young son, NBC Chicago reports. Two of Damari’s older siblings were also charged with the disturbing murder.

DDamar’sbody was found in Gary, Indiana, on Saturday, three days after the family reported him missing. Investigators say the family initially claimed that the boy went missing after going with his 16-year-old sister to a party in Skokie on Jan. 4.

They alleged Damari and his sister were driven by a man to the party, and after drinking and falling asleep, the sister awoke the next day, and her little brother and the man were gone. Information from witnesses brought investigators to Gary, Indiana, where authorities said the FBI discovered DDamari’sbody early Saturday morning in an alley.

Upon further review, authorities figured out that the story the family corroborated was completely false.

In addition to Jannie, DDamari’s20-year-old brother, Jeremiah Perry, was charged with aggravated battery causing great bodily harm to a child under 12, concealing a homicidal death, and obstructing justice.

A second sibling that’s still a juvenile was charged with concealing the boy’s body.

During Jeremiah’s hearing on Sunday, prosecutors alleged that Damari “did something to upset family” on Dec. 29 and was put in a cold shower for an unspecified amount of time as punishment.

“He was placed into a cold shower for an extended period of time, held there by family members at the direction of the mother,” Lake County State’s Attorney Eric Rinehart said.

“We believe the mother may have been involved also, and at some point, he became unresponsive, vomited, and died.” Damari was found naked and wrapped in a plastic trash bag, WGN-TV reports. Dr. Zhou Wang said Damari had partially frozen internal organs and was found “partially charred.” The burns to his body were determined to be post-mortem with his cause of death listed as hypothermia.

Jannie has a history of child abuse, with her having lost custody of three of her children between 2014 and 2017.