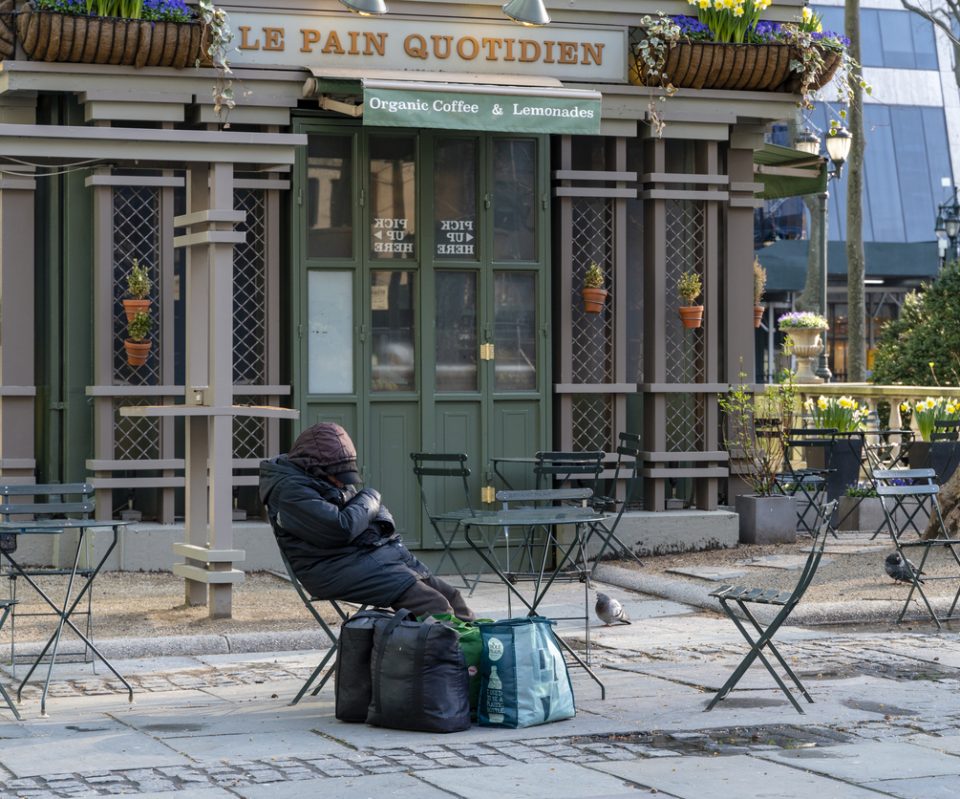 A homeless person sleeping in Bryant Park abandoned because of the COVID-19 pandemic. (iStock.com/Alex Potemkin)

The World Bank Group announced 60 million people could fall into extreme poverty due to the coronavirus pandemic, erasing three years of progress globally.

The World Bank announced Tuesday that the coronavirus pandemic has hit 100 countries and 70% of the population. Thirty-nine of those counties are in sub-Saharan Africa, while nearly a third are in areas of conflict such as Afghanistan and Haiti.

“The pandemic and shutdown of advanced economies could push as many as 60 million people into extreme poverty—erasing much of the recent progress made in poverty alleviation,” World Bank Group President David Malpass said in a statement. “The World Bank Group has moved quickly and decisively to establish emergency response operations in 100 countries, with mechanisms that allow other donors to rapidly expand the programs.”

More than 734 million people or 10% of the world’s population were living in extreme poverty in 2015. The World Bank defines extreme poverty as living on less than $1.90 per day according to estimates.

The World Bank previously estimated 49 million people moving into extreme poverty this year. However, pressure on healthcare systems as well as the impact on both developing and advanced economic systems have added to that total.

“The health and economic impacts that the COVID-19 pandemic and shut down have inflicted on developing countries are severe,” Malpass said on a media call.

Brazilian President Jair Bolsonaro has repeatedly downplayed the virus and pushed back against lockdown measures. As a result, Brazil is third in the number of coronavirus cases sitting behind only Russia (299,941) and the United States (1,519,986). There have also been 17,509 reported deaths in Brazil.

The World Bank doesn’t plan on sitting idly by. It has started an initiative to spend $160 billion over 15 months to assist the healthcare, economic systems, and social protection programs of the most affected poor countries to fight extreme poverty.

The coronavirus pandemic has ravaged several economies. The Bank of England predicted that the UK would fall into its worst recession in 300 years.

In the U.S., the unemployment rate has skyrocketed from less than 4% in February, to 14.7% in April. Additionally, research shows low-wage workers in the U.S. are making more money from unemployment, than actually working.